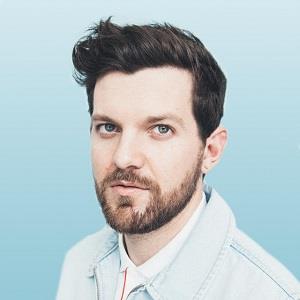 Dillon Francis rarely discloses information about his personal life, while interacting with the media. There are no records of any relationship affairs that he has been involved in as of now. At present, he is believed to be single.

Who is Dillon Francis?

Dillon Francis is an American DJ and record producer. People know him as the pioneer of moombahton and moombahcore music. In addition, his debut album ‘Money Sucks, Friends Rule’ reached number two on the US Dance chart.

Francis was born in Los Angeles, California on October 5, 1987. According to him, his father, Robert Drew Francis, is an “alternative medicines doctor.”. Additionally, he was very sheltered growing up, claiming that he did not know any swear words until he was 15. He is of American nationality. Furthermore, he belongs to Serbian-Croatian ethnic background.

Talking about his education, Francis attended the Los Angeles County High School for the Arts, where he studied painting and printmaking. After graduating high school, Francis briefly attended Santa Monica College but eventually dropped out.

Francis initially rose to fame after gaining the attention of American Producer Diplo. Later, he released his ‘Swashbuckler’ EP on Play Me Records. In 2012, he also released two singles ‘I.D.G.A.F.O.S.’ and ‘Bootleg Fireworks (Burning Up)’. He has released works on multiple labels including Dim Mak Records, Mad Decent, and OWSLA.

Francis has not revealed his current salary. However, he has an estimated net worth of around $ 9 million at present.

Francis became part of a controversy after he claimed that Katy Perry stole his music video. Furthermore, his ‘Get Low’ video was accused of being racist. At present, there are no rumors concerning Francis and his career.

Talking about his body measurement, Francis has a height of 5 feet 11 inches or 180 cm. Additionally, he weighs around 78 kg or 172 lbs. Furthermore, his hair color is black and eye color is blue-green.