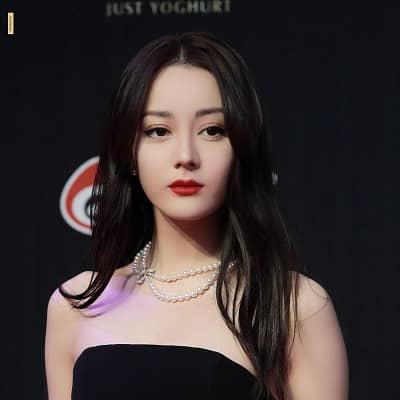 Dilraba Dilmurat is most probably single. However, we can’t be sure of this as Dilraba prefers keeping her personal life private. Still, it’s most likely that she is single when we look at her busy schedule, public appearances, and activity on social media. A while ago, there were a lot of rumors about Dilmurat being in a relationship with singer William Chan WaiTing. These turned out to be just rumors though as Dilraba denied these speculations saying that they were nothing more than rumors.

Who is Dilraba Dilmurat?

Dilraba Dilmurat, also known as Dili Reba, is a popular Chinese actress, model, and dancer. She is well known for her memorable roles in series such as Three Lives Three Worlds, Diamond Lover, and The Flame’s Daughter.

Dilraba Dilmurat was born on the 3rd of June, 1992 in Urumqi, Xinjiang, China. As of now, her age is 29. Her nationality is Chinese and her ethnicity is Uyghur.

Diliraba is quite private when it comes to her personal life. As such she hasn’t shared anything about her parents and family. Furthermore, she has also asked her fans not to bother her parents in public or on social media. Still, we do know that Diliraba had a passion for the entertainment industry growing up and worked hard to polish her skills from a young age.

Dilmurat is very well educated. She studied at the Northeast Normal University and Xinjiang Arts Institute and eventually graduated with a Bachelor’s degree in Arts. She also attended Shanghai Theatre Academy to polish her acting skills.

Dilraba made her debut in TV through the Chinese TV drama Anarhan in 2013. She played the lead role in the drama and gained a lot of traction in the industry after this. So, she was signed by JayWalk Studio and landed the role of Fuqu in the popular action drama Swords of Legends in 2014. A year later, she landed her breakthrough role in the rom-com drama Diamond Lover. She became widely popular after the role and started getting even more offers from that point on. Diliraba went on to act in Hot Girl and Pretty Li Huizhen in 2016 and 2017 respectively. Both series were popular and she won a number of awards for these roles.

Diliraba also earned a lot of praise for her acting in the film Mr. Pride vs Miss Prejudice. She was already a huge icon in China before this point and her role in Eternal Love; also known as Three Lives Three Worlds; made her an icon worldwide. She has also starred in a number of historical dramas and has modeled for several popular brands. The actress is also high in demand for endorsements thanks to her great public figure and popularity. As such, she is a brand ambassador for several brands in China. Diliraba also hosts a couple of popular TV shows such as Go Fighting!. And most recently, she is et to appear in the 2021’s Your Are My Glory alongside actor Yang Yang.

Diliraba has won a large number of awards ever since the early years of her career. She won both the Best New Actress and Best Newcomer Awards from the China TV Drama Awards and China Britain Film Festival respectively. She also won Best Actress Awards for her role in The Flame’s Daughter. In 2018, she went on to win the title of Golden Eagle Goddess. Her most recent award came in 2020’s Busan International Film Festival for the Best Rising Star. Aside from these wins, she has also won a number of lesser-known awards.

Diliraba has accumulated an impressive net worth estimated to be roughly 15 million USD as of 2021. She hasn’t revealed her annual salary as of now. Moreover, she was also ranked as the 11th Celebrity in Forbes list of China Celebrity 100 in 2020.

Diliraba stands at a height of 5 feet 6 inches tall and her weight is roughly 52 kilograms. She is really pretty and has a slim and petite figure. Her body measurements are 31-23-33 inches. Her hair is black and her eyes are dark brown in color.

Get to know more about the lives of Joo Jin-mo and Li Bingbing as well.