Previously, she was married to the businessman, Michael Lohan on the 2nd of November 1985. However, they parted their way after 22 years of marriage. 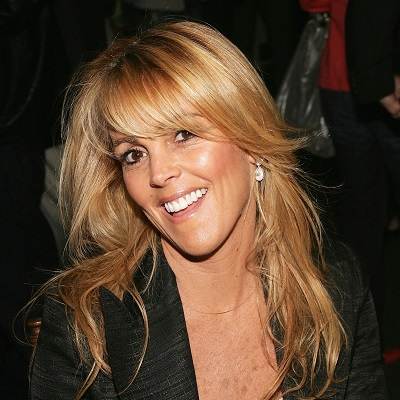 Who is Dina Lohan?

Dina Lohan is a TV personality. Lohan is renowned as the mother of the actress, Lindsay Lohan.

She is also the manager of her daughter, Lindsay. She is also a former dancer.

Dian Lohan was born Donata Melina Nicolette Sullivan on the 15th of September 1962 in New York City, New York, the U.S. Her mother was of Italian ancestry whereas father is of Irish descent.

She has two brothers, Matt Sullivan, and Paul Sullivan. They were raised in the Catholic family.

In 1998, she started her career as an actress, The Parent Trap. However, her role in the movie was uncredited. However, she took a break for her acting career.

After that, In 2005, she appeared in the Driven. In the same year, she featured the documentary series, E! True Hollywood Story.

However, her series, Living Lohan became a milestone in his career. The reality TV series documented the life of Lohan’s family life. The series was debuted on the 26th of Nay 2008 on E! TV.

In 2019, she was a contestant for the reality TV series, Celebrity Big Brother. She appeared in 13 episodes for the series.

She is a black-eyed brunette. Her height is 5 feet and 8 inches.

She has been a prime subject of criticism for exploiting her daughters, Ali and Lindsay Lohan for personal benefits and fame.

In 2008, the American Journalist, Anderson Cooper stated that he can’t believe that he is wasting his time watching Lohan’s show, Living Lohan. In the matter, Lohan responded by saying that Anderson is the last person to judge her family issues.

On the 13th of September 2013, she was arrested for speeding and driving under the influence. For that, she served for 100 hrs community service. In addition, she was fined $3k and also had a driving license revoked for a year.

Lindsay Lohan wants her mother Dina Lohan to breakup with her current boyfriend and date a new man!

The List! Celebrities who have been known to indulge in self-harming!