Is Dina Meyer Single or Dating?

As per the source, Dina Meyer is single and is not married yet. She seems to be secretive about her personal love life.

Talking about her previous relationships, she dated Shane West, an actor in 2001. But, the couple separated after a year.

Later, she dated Billy Joel in 2002 but their relationship did not last long and they separated. 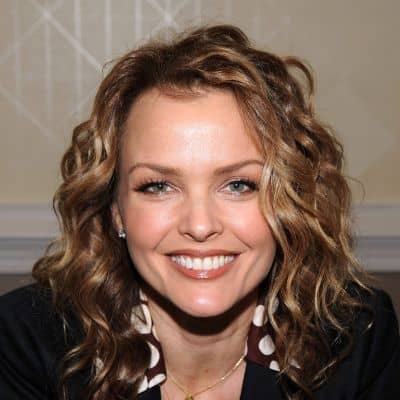 Who is Dina Meyer?

Dina Meyer is a talented American actress and model who has appeared on screens for more than two decades. She appeared in Beverly Hills, 90210 from 1993 to 1994 and as Keanu Reeves in the movie, Johnny Mnemonic.

She is best known for playing Dizzy Flores in Starship Troopers, Kara in Dragonheart, Allison Kerry in Saw, and Jane in Johnny Mnemonic.

Dina Meyer was born in Queens, New York, U.S. on December 22, 1968. Meyer is 54 years old as of 2022 and holds an American nationality. Her ethnicity is mixed and as per the astrologers, Capricorn is her birth zodiac sign.

She was brought up with her two brothers named Gregory Meyer and Evan Meyer in a Jewish Family. Her grandparents were from Germany and Austria. No data about her parents are found.

She earned a bachelor’s degree in business administration from Long Island University located in Brookville, New York. She attended acting class in the Neighborhood Playhouse School of the Theatre for three years which is located in New York.

After moving to Los Angeles in 1993, she was cast as Lucinda Nicholson in the Fox teen drama show, Beverly Hills, 90210. Soon, she appeared with the female lead role in the action movie, Johnny Mnemonic opposing Keanu Reeves.

In the same year, she was featured in Rob Cohen’s Dragonheart. She was cast in the NBC sitcom Friends playing the role of Kate Miller in 1997.

Likewise, she appeared in the science fiction movie, Starship Troopers starring alongside, Casper Van Dien. Paul Verhoeven is the director of the movie.

In the same year, she was cast in the movie, Poodle Springs, starring alongside, James Caan. It was released on HBO.

Her other movie, Bats went successful in the box. She was cast alongside Sylvester Stallone in the thriller movie, D-Tox. Likewise, she played the role of Romulan Commander Donatra in the movie, Star Trek: Nemesis.

She has appeared as a guest in television series like Ally McBeal, Nip/Tuck, Six Feet Under, Castle, The Mentalist, CSI: Crime Scene Investigation, American Horror Story, and NCIS.

She was cast in the SyFy fantasy drama series, The Magicians, also on the fourth season of the series, The Affair in 2018. In 2019, she played the role of Gwen Adams, in the CW sports drama series, All American.

As per Celebrity Net Worth, the net worth of Dina Meyer is estimated to be around 5 million USD. There is no info about her salary and income.

Dina Meyer has not been part of any rumors and controversies up to date as she has maintained a clean profile.

Dina Meyer is 5 feet 7 inches tall weighing around 57 Kg. She has a banana-type body.

Moving towards her physical appearance, she has fair skin with blonde colored hair and a couple of brown eyes.

Dina Meyer is active on Instagram with more than 83.4K followers under the username, @dinameyer while she is available on Twitter with around 38.3K followers.

There is also an official Facebook page with her name which is enriched with 582K followers.