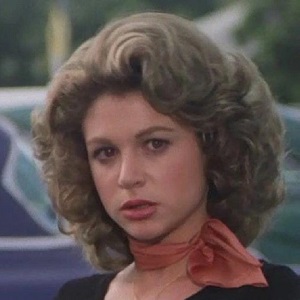 Dinah Manoff is a married woman. She has been married to Arthur William Mortell Jr. since 1997. The couple welcomed three children: son Dashiell and twin boys Desi Mortell and Oliver Mortell. Her son, Dashiell was born in 1997 but unfortunately, he died on January 7, 2017, in a nine-vehicle crash on Interstate 90 near Cle Elum in Washington state.

Previously, she was married to Jean-Marc Joubert on September 7, 1982, but they could not hold the relationship and end up with divorce in 1987.

Who is Dinah Manoff?

Dinah Manoff is a famous American actress and television director who is best known for her roles as Elaine Lefkowitz on ‘Soap’, ‘Carol Weston’ on ‘Empty Nest’ and Libby Tucker in both the stage and film adaptations of ‘I ought to Be in Pictures’.

She was born on January 25, 1956, in New York City, New York, USA. Her birth name is Dinah Beth Manoff and she is currently 63 years old. Her father’s name is Arnold Manoof(screenwriter) and her mother’s name is Lee Grant(actress, director, and writer).

She has a half brother named Tom Manoff who is the classical music critic for NPR’s ‘All Things Considered’. Also, her step father’s name is Joseph Feury(producer). She spent her early days in New York City and Malibu, California.

She joined Santa Monica High School and later studied at the Actors Studio.

She began her career from the independent film ‘Everybody Rides the Carousel’ in which she provided the voices. She made her first television appearances on the PBS production of ‘The Stronger’ in 1976. Later, she appeared in ‘Welcome Back, Kotter’, ‘Visions’, ‘Raid on Entebbe’, and many more.

Dinah Manoff made her Broadway debut in Neil Simon’s Broadway play, ‘I Ought to Be in Pictures’ in 1980. In 1982, she reprised the role in the film version along with Walter Matthau and Ann-Margaret. Similarly, she portrayed the role of Maggie Peterson in ‘Child’s Play’ in 1998 and late appeared as Carol Weston on the NBC sitcom ‘Golden Girls’ spin-off ‘Empty Nest’.

Furthermore, she made her appearances in ‘Touched by an Angel’, ‘George and Leo’, ‘The Lost Child’, ‘Zigs’, ‘A Carol Christmas’, ‘Bart Got a Room’, and many more.

She has won the Tony Award in the category Best Performance by a Featured Actress in a Play and the Theatre World Award.

Dinah Manoff has a height of 5 ft. 4 inches and weighs 64 kg. She has dark brown eyes and dark brown hair. Her body measurement is 34-24-34 inches.