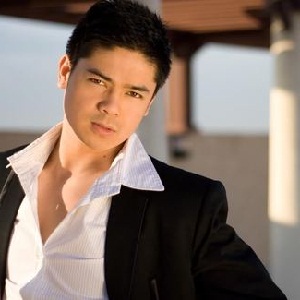 Handsome and stunning Dion is an unmarried person. He has managed to keep his personal information so secret that nothing about his past and present affair case and relationship status is published. It seems like he is focusing on his goals rather than being stuck in the relationship. According to our record, he is perhaps single.

Who is Dion Ignacio?

Dion Ignacio is a Filipino actor, musician, and T.V personality. He is extremely prominent for his role in “Magdalena: Anghel sa putikan” (2012), “Mulawin: The Movie” (2005) and “Maghihintay Pa Rin” (2013). He is a hard working person and has made respectable position in Filipino acting field.

Dion was born to Asian parents on March 28, 1986, in Siniloan, Laguna, Philippines. His nationality is Filipino and belongs to Asian ethnicity. There is no more information available about his parents. In one of the T.V show, he told that he was raised up by his parents in a friendly and in an entertaining environment. Also, he was highly encouraged by his father to secure his career in an acting field and he was also highly interested and dedicated. Nothing is published about his educational background.

Dion made his professional T.V debut in the year 2003 and appeared in a T.V show titled “StarStruck” as himself. He was associated with the same show until 2004. He made his film debut in the year 2004 and appeared in a film titled “Kilig… Pintig… Yanig.” He also appeared in other several low-rated films including “Happily Ever After” and “Happily Ever After”. The year 2007 became a fortunate year for him and appeared in more than four successful films titled “Daisy Siete”, “Zaido: Pulis Pangkalawakan”, “Bleach”, etc. He hasn’t won any awards so far in his career yet; however, he was nominated for ‘PMPC Star Awards’ for TV Best New Male TV Personality. Some of his latest films and T.V shows include “Bleach” (2017), “Magpakailanman: Kadugo, Kaaway, Kakampi” (2016), “Vampire Transformation: Usapang Vampire na ‘yan!” (2016). It is said that he gets paid a handsome amount of money from different films and T.V shows; however, his net worth not published yet and is in under review.

Currently, there are no drastic rumors regarding Dion’s personal and professional life. It seems like he is doing best job without harming others for which he hasn’t been a part of controversy yet.