Dion Phaneuf is a married man. He exchanged vows with a beautiful actress, Elisha Cuthbert.

Their wedding took place at their summer residence in New London, P.E.I. on July 6, 2013. This couple together welcomed a daughter Zaphire on December 22, 2017. 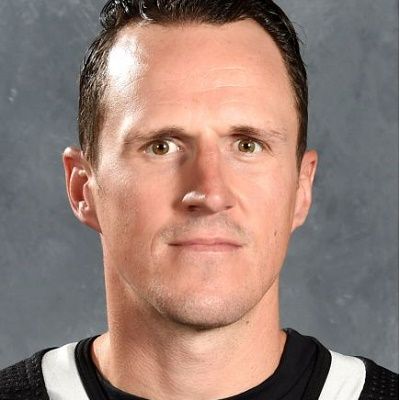 Who is Dion Phaneuf?

Dion Phaneuf is a Canadian Ice Hockey player and an unrestricted free agent. He is now a free player and has played with various teams.

This ice hockey player was born on April 10, 1988, in Alberta, Canada. He belongs to English descent.

His father’s name is Paul, who was a construction worker and his mother’s name is Amber, a nurse. He has a younger brother named Dane, who played for the P.E.I Rocket.

His grandmother’s name was Roma Phaneuf, who was a former skater. Romacompeted for Prince Edward Island at the 1975 Canada Winter Games.

Dion Phaneuf learned to skate from his grandmother Roma who was a former skate figure. He also practiced his shot relentlessly in the basement of his family’s home, frequently breaking the nets his father bought. In 1988, he played in the Quebec International Pee-Wee Hockey Tournament.

In 2000, The Red Deer Rebels select Phaneuf in the third round of the WHL Batman draft. The next year, he joined Rebels for the 2001-2002 season and recorded 17 points in 67 games.

Afterward, he established himself as the junior hockey team’s top player following the draft, earning the Bill Hunter Memorial Trophy as the top defenceman in the WHL. Western Hockey League named Eastern Conference All-Star, and a First Team All-Star by the Canadian Hockey League. Prospects Hockey named him as the top player in the CHL in both 2004 and 2005.

He signed his first professional contract in September 2005 joining the Flames for the 2005-06 NHL season. He scored his first career goal and assist against Colorado Avalanche in October 2005. Afterward, Dion was named the NHL’s Rookie of the Month for November. He finished the season with 20 goals.

Phaneuf is the only the third player in NHL history after Brian Leetch and Barry Beck to score 20 as a rookie defenceman.

His goals also broke the Flames franchise record for goals by a rookie defenceman, surpassing Gary Suter’s total of 18. National Hockey League named him a finalist for the Calder’s Memorial Trophy but he lost against Ovechkin.

Dion’s 50-point as a sophomore earned his first NHL All-Star game appearance in 2006-07. He participated in the hardest shot competition at the SuperSkills Competition. The Flames signed him to a six-year $39 million contract extension midway. He responded by posting a career-high 60 points and was voted by the fans for the 2008 All-Star Game into the starting line-up.

This player recorded a career-low 11 goals and 47 points in the 2008-09 season led fans to question his defensive commitment. Despite his struggles, he averaged 26 minutes and 31 seconds of ice time per game, the fourth-highest in the NHL.

Afterward, the Flames exchanged three players including Dion to the Toronto Maple Leafs on January 31, 2010. He made his debut on this team leading all Maple Leafs players in time on ice and ended the night with a fight and given the second star of the game honors.

This player became an alternate captain in Toronto nine games after being acquired after Mike Komisarek suffered an injury. He was named the 18th captain of the Toronto Maple Leafs on June 14, 2010, at a press conference.

Five players from the Maple including Dion were exchanged with the Ottawa Senators in 2016. He was named an alternate captain of the Senators at the beginning of the 2016–17 season.

Phaneuf and Nate Thompson were traded to the Los Angeles Kings in exchange for Marian Gaborik and Nick Shore. He played in his 1000th career game on November 17, 2018, during the 2018-19 season. Later, the Kings bought out the final two years of Dion’s contract, making him an unrestricted free agent on June 15, 2019.

The salary of this player is pretty impressive. The average salary of Dion is $1.968 million. Meanwhile, according to some sources, he has an estimated net worth of $84 million.

In a recent THW Rumor Report, Dion Phaneuf was shadowing Brendan Shanahan in the team’s front office and has been for the past week.

In 2014, Scumbag Athletes Magazine released a story claiming that Dion was caught in an affair with 2 women that are self-proclaimed die-hard Toronto Maple Leafs fan.