Posted by MarriedBiography Posted on August 11, 2019 | In Child , Entertainment
Share this

Roxann Dawson is a successful American director. She has made some popular TV shows. She has two kids and one of them she adopted from China. Roxann gave an interview where she spoke about Hollywood, faith, and adoption.

Director Roxann feels that people of faith are not respected as much as they should be in Hollywood. She said:

“It’s a shame that people of faith have to go undercover in Hollywood. In a place which supposedly preaches tolerance, there is not a lot of tolerance for religious discussion.”

Roxann made a film Breakthrough which released recently. With such films, she wants to change the outlook of Hollywood towards people of faith. 20th Century Fox released this film in Spring 2019. It has so far earned $ 50 million globally. It is the story of real-life of teenager John Smith. He had fallen into and through the ice of a frozen lake in St. Louis in the year 2015. He was with no oxygen for almost an hour but could be revived later by doctors and he survived. It was a miracle. Roxann said:

“We don’t embellish this true story. I’ve spent time with the family, the doctors, and the emergency team. We’ve been to all the actual locations. These events did happen, including some things we can’t explain.”

Roxann had played Lt. B’Elanna Torres, the Klingon chief engineer in 7 seasons of Star Trek: Voyager. People wonder whether she still is associated with the events of Star Trek. To this Roxann answered:

“I haven’t been to one in a long time. But it’s funny you ask, because I am going to the Las Vegas ‘Star Trek’ convention [that runs from July 31 to Aug. 4] in a few weeks.” 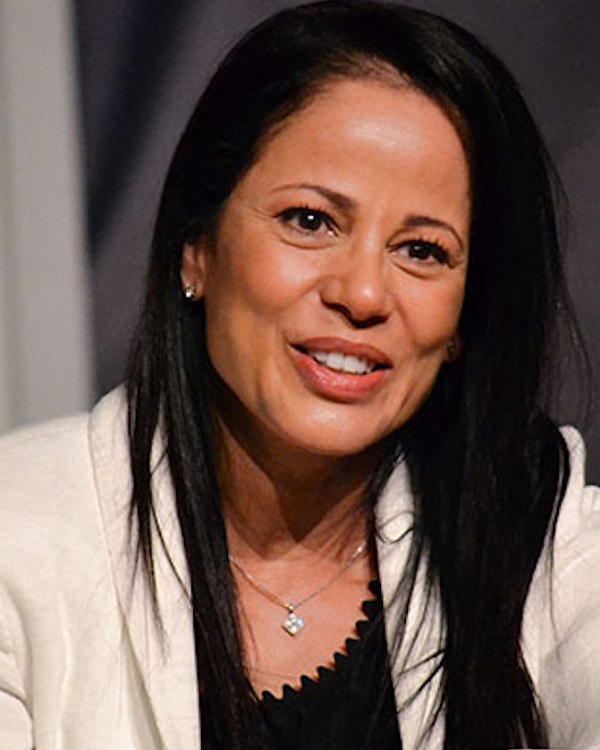 She got her first acting when she auditioned for a chorus line in San Francisco. She said:

“Regarding my start in professional acting, I went to [the University of California at] Berkeley and graduated with a degree in theater arts. I got my first job out of college after I auditioned for a chorus line in San Francisco.

“A few days later, I got the part and was rehearsing on Broadway—a dream come true for me!”

Roxann grew up in a family which did not believe in religion. She explored many religions. Talking about how she took up religion, Roxann said:

“When I met my future husband, I began attending the Catholic Church with him and really found a home there. There was a deacon I could talk to and ask questions. I found that Catholicism not only touched me emotionally, but touched me logically.

“It all made sense to me, and I really felt at home. Eric and I were married in the Catholic Church in 1994. It is something that is now just a part of me, and I am profoundly glad that this is where I ended up.”

Roxann spoke about her children. She admitted:

“I have an adopted daughter, about the same age as John [Smith], as a matter of fact. I went through very similar circumstances with her. It was so fascinating. I felt that aspect of the story was so real, and I knew I could strengthen it through the reality I know so well.

Roxann Dawson is an American actress, director, producer, and writer, who is best known for her role as B’Elanna Torres on the television series ‘Star Trek: Voyager’. More Bio…