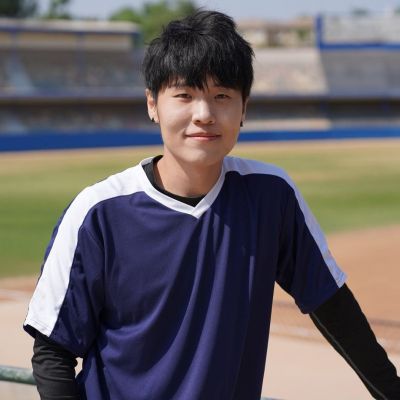 What is the relationship of Disguised Toast?

Disguised Toast is possibly single at the moment.

Presently, he hasn’t introduced anyone as his girlfriend or lover.

Previously, he has been in a relationship with fellow streamer Janet Rose, aka “xChocoBars” from 2018 to 2020.

If there is any detailed info about his dating life then It’ll be updated.

Who is Disguised Toast?

Disguised Toast is a Taiwanese-Canadian streamer, content creator, and YouTuber.

He is best known for his gaming videos such as Among Us and Hearthstone.

His real name is Jeremy Wang.

He hasn’t shared anything about his parents till now. Jeremy has also two older siblings named Jimmy Wang (brother) and Jenny Wang (sister).

Further, he holds Canadian nationality whereas he is of Taiwanese descent.

Taking about his academic qualification, He went to Queen’s University in Kingston.

He received a bachelor’s degree in mathematics from the University of Waterloo.

Disguised worked as an app developer for Mercedes Benz, Zynga, the NFL, and the Royal Bank of Canada before starting his streaming career.

While he was in high school, he created an online game titled The Frustration which was bought by an unknown company for $1000.

As of now, the channel has garnered over 3.53M subscribers. He used to cover his face with a toast-shaped cardboard mask until he accidentally revealed his face in October 2016.

In October 2017, he joined offline TV, a collective of content creators living together in Los Angeles, California. He placed at the 24th position in the SeatStory Cup VII tier 1, a ‘Hearthstone’ tournament series.

In February 2018, he launched another channel, Disguised Toast 2 which has over 559k subscribers.

Wang signed an exclusive deal with Facebook to move from Twitch to Facebook Gaming for his gaming streams in November 2019.

After two years, he announced his departure from Facebook on November 17, 2021, and returned to Twitch a week later.

In 2021, he made a cameo appearance in season 3 of Mr. Osomatsu aired on TV Tokyo.

In 2019, he has been nominated for Twitch Streamer of the year at the 11th Shorty Awards.

He was also nominated in the category of Best Streamer in the Canadian Game Awards.

In March 2017, he was disqualified from the ONOG Major Circuit at PAX East because he had overslept the following morning and ended up among the top 32.

Recently, he announced his exit from Facebook gaming on November 17, 2021. However, he resumed his Twitch streaming within the same month.

As of 2021, Disguised has amassed an estimated net worth of around $2 million throughout his career.

According to the social blade, he earns in the range of $19.1 thousand to $304.9 thousand from his YouTube.

The internet sensation has a fair complexion. He stands at a height of 5 feet 7 inches tall and his weight of about 70 kg.

Likewise, he has a dark brown pair of eyes and black hair color.

He is also active on Tiktok with over 289.1k followers.

You may also read Mitchell Hladchuk, RobertIDK, and Jennifer Tran.