Skip to content
Married Biography
Married Biography / Entertainment / Dive In To Know The Actors Who Played The Iconic Role Of The Clown Prince Of Crime Of Gotham, And The Caped Crusader’s Archenemy, The Joker 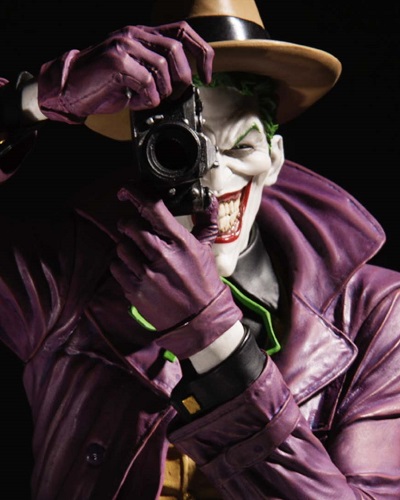 Welcome to the second session of ‘Actors Who Played The Role Of..’ After Batman, in this session, we will look into the actors who have portrayed the character of the Bat vigilante’s archenemy, The Joker.

One of the most iconic comic book character and villain, Joker debuted in the comics world in Batman #1 in 1940. Though intended to be killed in his second appearance, he was not killed and went on to become the arch-nemesis of The Dark Knight.

Known by nicknames, including the Clown Prince of Crime, the Jester of Genocide, the Harlequin of Hate, and the Ace of Knaves, Joker has often made it to various ‘list of the greatest comic book villains of all times.’

Joker has appeared in a variety of media, including TV series, animated series and movies, games, and live-action movies. WorldCat has recorded more than 250 productions that feature the Joker as a subject. Batman projects featuring the character of Joker are typically some of the most successful ones.

Below are the iterations of the famed character portrayal in the TV series and live-action movies.

The character of Joker was first seen in the 1966 TV series Batman and its film adaptation Batman that same year. Cesar Romero, reflecting upon his contemporaneous comic counterpart, portrayed the character as a cackling prankster in both those works.

The second portrayal of Joker came in Tim Burton’s 1989 movie Batman. A darker version of the character, it was played by Jack Nicholson as a gangster. The film went on to earn more than $400 million at the global box office.

The role was a defining performance in Nicholson’s career and was considered to even outshine the performance of Batman, played by Michael Keaton. At the time, film critic Roger Ebert said that sometimes, the audience must have to remind themselves not to root for the Joker.

The successful 2005 Batman film reboot, Batman Begins, ended with a teaser for the Joker’s involvement in its sequel. The character, as an agent of chaos and anarchy, appeared in 2008 sequel The Dark Knight, played by Heath Ledger.

The film went on to earn over $1 billion and was the highest-grossing film of the year, setting numerous box-office records. The records included highest-grossing midnight opening, opening day and opening weekend box-office collection. ‘Why so serious?’ and ‘Do you wanna know how I got these scars?’ became the trademark lines of the character.

To play the role, Ledger locked himself in a motel room for more than a month and experimenting on the character and its looks. However, Ledger died before the release of the movie due to an accidental drug overdose. Posthumously, he won the Academy Award for Best Supporting Actor for his performance, which is the first and only acting Oscar ever won for a superhero film till date.

Also read Zack Snyder steps away from ‘Justice League’ due to a family tragedy, Joss Whedon takes over!!

Academy Award-winning actor Jared Leto portrayed the Joker in the DCEU flick Suicide Squad in 2016. The character is portrayed as a psychopath. Leto will be reprising his role in some upcoming DCEU projects.

Leto’s Joker was originally set to appear in Batman v Superman: Dawn of Justice, but at the end of the day, the character was cut from the film.

A Joker-based character, named Jerome Valeska, is featured in the Fox’s ‘Batman prequel’ TV series Gotham. Cameron Monaghan who plays the character said that he drew inspiration from preceding elucidations of Joker for his performance, specifically that of Mark Hamill.

Other Interpretations of the Joker

You may like to read Has Howard K. Stern married new partner after being accused of Partners Death?

Among all the voice actors, Hamill’s portrayal of the character has been the most successful and is often considered as one of the greatest take-ups on the character.