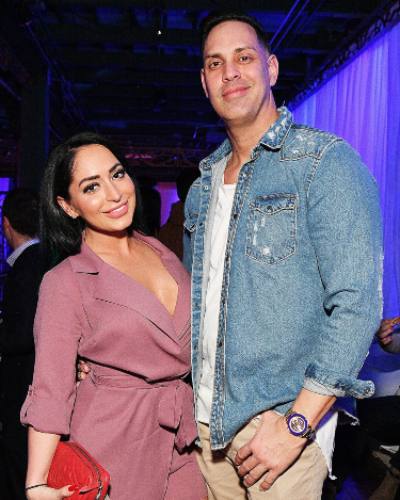 Angelina Pivarnick and her husband are having problems in their relationship (Source: PEOPLE)

After the Jersey Shore vacation, people want to know about what happened between Angelina Pivarnick and her husband Chris Larangeira. Angelina himself revealed that the couple was facing some challenges saying their “sex life was dog s—.” They have made several headlines because of the ups and downs in their relationship. Meanwhile, their first year of marriage was tough for everyone in the cast.

Are Angelina and Chris getting a divorce?

The Jersey Shore star opened up about the problems they are facing in their marriage. In one of the scenes, Angeline herself admitted they are having some problems in their married life. She told Jenni “JWOW” and Deena Cortese:

“I’m not perfect by any means. I’m not the most perfect wife ever. I yell at him, I’ll belittle him sometimes. I feel like we’re both wrong. But see how I’m admitting it to you? He won’t ever admit that he’s wrong.”

She also mentioned their sex life is inconsistent at this point in their life. The reality star also said they don’t know if they can bring the spark in their relationship. They also went to unfollow each other on social media. Moreover, Chris posted about wanting to get a hamster mentioning he wants to get the tattoo of “dirty little hamster” removing her nickname. This is giving a spark to the rumors of them getting a divorce. She further explained her s*x life saying:

Ups and Downs in their relationship

In between a few months of their marriage, the couple has moved out more than six times. Chris also mentioned sleeping at his mother’s place on more than one occasion. Other castmates Pauly D and Ronnie Ortiz-Margo agreed neither of them looked happy in the call. Ronnie further said that they don’t seem happy since they tied the knot back in 2019. Paul also added if their marriage took a toll on everybody for a year. So if their marriage does not last it was for nothing.

When Mike ‘The Situation’ took to himself to have a little investigation. He said:

“I have to put all these pieces of the puzzle together. It seems like they’re having meme wars here and all signs point to a toxic relationship.”

Angelina Pivarnick is an American TV personality. Angelina is best known for starring in the first two seasons of MTV’s reality show Jersey Shore. Previously, in 2018, she appeared on the show How Far Is Tattoo Far? Pivarnick worked as a waitress, bartender, and dental assistant. After that, she joined the cast of 2009 Jersey Shore which premiered on 4th December. See more bio…

Who is Chris Larangeira of ‘Jersey Shore’? Is everything well between him and wife Angelina Pivarnick?
Tags : American relaity show Jersey Shore 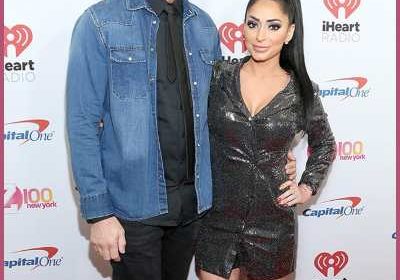 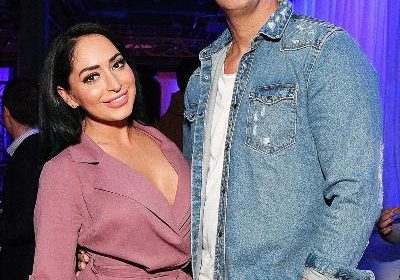