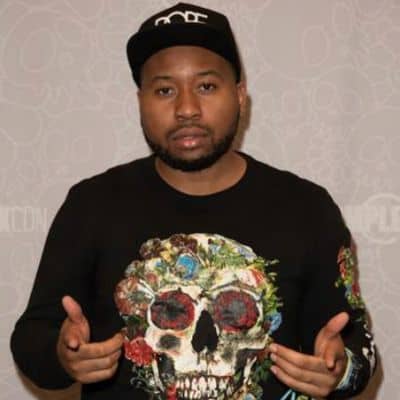 Talking about his love life, DJ Akademiks is presently single and he is not dating anyone at the moment. He has kept his private details away from the public and media. It seems Livingston does not like to share his personal things on media and in public.

Previously, he was dating Angelica Ggx. Angelica is a well-named model from the Dominican Republic. The duo ended their relationship in 2018. Angelica claimed that DJ was a cheater and abusive. Further, she added that he was a womanizer who would get women drunk so that he can seduce them.

Who is DJ Akademiks?

Moreover, he is also a famed YouTuber with more than 2.4 million subscribers at the moment.

DJ Akademiks was born on 17 May 1991. At present, his age is 30 years old. Likewise, his birthplace is Spanish Town, Jamaica. Later, he shifted to New York, the USA at the age of 10

Not much known about his father and mother’s details, Livingston has been secretive towards his parent’s details. Moreover, he has not revealed his siblings’ information in the public yet.

Talking about his nationality, Akademiks holds a Jamaican identity whereas his ethnicity is African.

Regarding education, the star attended Rutgers University in New Jersey and graduated with a bachelor’s degree in Biomathematics. Later, the star completed his Master’s degree in Math Finance.

In his earlier days, DJ Akademiks had turned to hip-hop music to deal with the cultural shock of moving from Jamaica to the United States and started posting blogs to rap forums while studying in school. Soon, he also started working as a DJ for his college radio on Saturday nights.

Likewise, the DJ then starts getting an invitation for local barbecue parties and events. Allen continued to DJ for radio for the next two years. Later, he created his own website, Late Night Creep, and covered the latest news of the hip-hop industry.

In October 2012, Akademiks created the YouTube channel LateNightCreepVids. He also interviewed entertainment news stars such as Ms. Drama and Charlamagne Tha God. The star got high admiration and attention after he uploaded over 600 videos reporting an incident at the 2015 Summer Jam Fest Jersey.

Moreover, his YouTube channel also gained high popularity in 2014 due partly to his coverage of the Chicago drill scene. His YouTube channel has earned more than 2.4 million subscribers and 1.1 billion views till now.

A talented star, Livingston has earned a handsome amount of money from his profession. He has also endorsed different brands and earned good money.

It is reported that DJ Akademiks has an estimated net worth of $5 million. Likewise, his average annual salary is expected to be $511,000. He has good fans and followers on social media.

DJ Akademiks found himself in a serious controversy after a rival hip-hop blog, hiphopoverload.com alleged that he is the secret informant who is working with the federal agents against rapper TeKashi69 in racketeering case.

It also mentioned him the fake BFF who became the collaborator to avoid being slapped a federal obstruction of justice charge that could have jailed him for a minimum of five years. Following the claim, the star put his innocence in the case.

Livingston could not escape the heat on the internet as many started to blame him for posting offensive content on his blog. Likewise, he was accused by the Instagram star, Celina Powell of getting Angelica pregnant.

30 years old famous YouTube star, Livingston has handsome looks and an admirable personality. He stands at a height of 5 feet 8 inches.

Furthermore, Akademiks has black eyes whereas his hair is black.

Regarding his social media presence, DJ Akademiks is an active personality on social media. Livingston has more than 4.3 million followers on his official Instagram account @akademiks.

He is also active on Twitter with around 1.2 million followers. He owns a YouTube channel named DJ Akademiks and it has more than 2.4 million subscribers.

Moreover, Akademiks is also available on Facebook with nearly 73k fans and supporters.