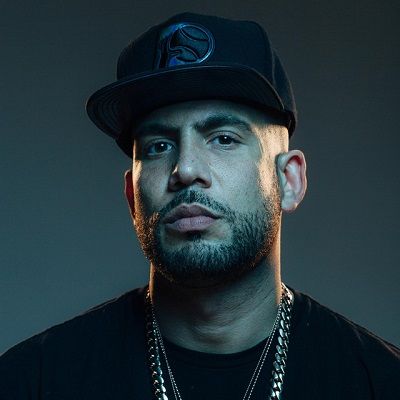 She looks like a fairy tale, but yet feels so natural (natural, natural, natural) This one's a beast, but way to wonderful to be compared to an animal.

DJ Drama is a divorced man. His ex-wife Summer Walker divorced him after finding out about the extra-marital affair he had with another girl. Summer was taking care of DJ Drama’s two sons, whose names are unknown. The children were of Drama’s previously unknown relationship.

He currently is dating Jessica Burciaga. She is a Playboy Model.

Who is DJ Drama?

Likewise, he is Generation Now’s co-founder, an Atlantic Records imprint on the roster with artists such as Lil Uzi Vert, Skeme, and Jack Harlow.

He was a co-founder of the DJ and group of artists known as the Aphilliates based in Atlanta.

Tyree Simmons was born and raised largely in the German town area of Philadelphia, Pennsylvania. At age 13, his sister took him to New York City where he purchased his first mixtape.

He holds American citizenship but is of Mixed(Afro-American) ethnicity.

DJ Drama attended Central High School in Philadelphia and graduated in 1996. After high school, he moved to Atlanta to attend Clark Atlanta University (CAU) where he studied mass communication.

In 2003, DJ Drama formally established the Aphilliates Music Group (A M G) together with Don Cannon and DJ Sense. The group distributed DJ Drama’s Gangsta Grillz mixtape series, which saw early successes with T.I.’s Down With the King (2004) and Jeezy’s Trap or Die (2005).

By 2005, Drama and his A M G cohorts were hosting radio shows on Atlanta’s Hot 107.9 and on Eminem’s Shade 45 channel on Sirius Satellite Radio. In late 2005, Drama produced and hosted Lil Wayne’s The Dedication mixtape, which would spawn a long series of Dedication tapes.

Dedication 2, released in May 2006, appeared on the Top R&B/Hip-Hop Albums chart and was labeled by The New York Times as “one of the 10 best recordings of 2006.”

In 2015, the Atlantic Records imprint was established by DJ Drama and Don Cannon, Generation Now. One of their first signs was Lil Uzi Vert, and Drama served as an executive producer on Uzi’s 2015 debut commercial mixtape, Luv Is Rage.

Skeme was also signed to the label by Generation Now that year. In July 2016, Drama released his fifth studio album, Quality Street Music 2, with the single “Wishing” featuring Chris Brown, Skeme, and Liquid.

DJ Drama has racked in many awards. Here are some of the awards he has won.

DJ has an estimated Net Worth of $13.4 million. His primary source of income is from producing Mixtapes, collaboration with artists and DJing.

DJ Drama is very familiar to controversy and scandals.

His ex-wife Summer Walker divorced him because DJ Drama was having an affair with a 21 years old girl and had impregnated her. And the girl contacted Summer and she decided to leave him.

DJ Drama’s height is 5 ft 10 inches. His weight and body measurements are unknown. He has black color eyes .

The drama of 90 Day Fiance’s Ashley Martson and Jay Smith continues! Has the couple separated?