DJ Mustard is now separated from his wife.

He is married to model Chanel Thierry. They started dating when Mustard was just 19 years old. After dating for almost a decade, they announced their engagement in 2018 and exchanged vows on October 10, 2020.

They also had three gorgeous children, the names of which they have only released for their first two, Kauner and Kylan.

Their marriage, however, did not survive long, and they began the process of divorcing and granting shared legal custody of their children. 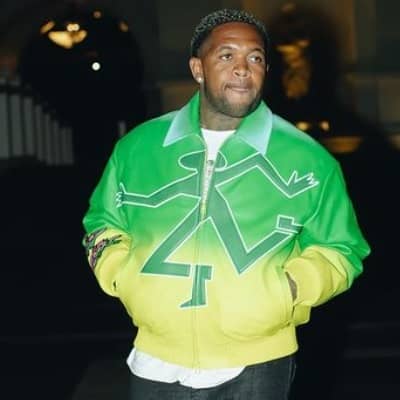 Who is DJ Mustard?

Since his debut in popular music with Tyga’s 2011 hit, Rack City, he has worked with singers YG and Ty Dolla Sign, as well as with several other tracks for the hip hop and R&B genres.

He is also noted for his Grammy wins and nominations.

He recently published his song “Heart on my Sleeve.” He has three solo albums out: 10 Summers, Cold Summer, and Perfect Ten.

He is of African American descent and has American citizenship. He has not, however, exposed his faith to the media.

DJ Mustard was born to Jamaican parents whose names have not been known.

His childhood was spent without his father’s affection because his father was deported to Jamaica when he was a boy, but they still communicate.

Despite growing up with his parents, he received parental affection from his uncle, who fulfilled both the father and mother roles. Because his initial name is Dijon, he got his DJ nickname from the condiment dijon mustard.

As Mustard grew older, he began DJing more and became much more competent at the profession, which led to him DJing in local clubs.

DJ Mustard has worked hard to build his career since 2009, and he is finally reaping the benefits of his efforts. He began his career by collaborating with rapper YG, which he characterized as a “solid mutual business connection.”

He recorded many tracks with notable musicians including Nipsey Hussle and Tyga. In addition, he released a compilation album called Let’s Jerk, which featured numerous musicians signed to the Thump Records label.

DJ Mustard demonstrated his world-class abilities in 2011 by producing Tyga’s track Rack City, which appeared on the album Careless World: Rise of the Last Kings.

The popularity of Rack City‘s song meant a lot to his career since the income produced by the song had a tremendous and favorable influence on him both financially and professionally.

He produced I’m Different, a rap song by 2 Chainz, in 2012. He also produced R.I.P, a successful song by Young Jeezy, the same year.

DJ Mustard finished second in the producer of the year contest held by HipHopDX, an online hip-hop magazine, in 2013.

In 2014 and in succeeding years, McFarlane released many singles, including Main Chick by Kid Ink, Don’t Tell ‘Em by Jeremih, I Don’t Fuck with You by Big Sean, Or Nah by Ty Dolla Sign, and 2 on by Tinashe.

In 2015, DJ also produced Nelly’s The Fix. In 2016, McFarlane produced Rihanna‘s Needed Me. After working with Trea Fittz on his album in 2016, which included musicians like Jeremih, Nicki Minaj, Young Jeezy, Ty Dolla Sign, and Rick Ross, he produced Want Her and Run This in 2017.

His third album name Perfect Ten was released in 2019.

According to the report, DJ Mustard is one of the prominent vocalists and professional record producers whose net worth in 2022 is $8 million.

Although his net worth is provided by the source, nothing is known about his income, property, homes, or the value of the precious items he has.

DJ Mustard has been the buzz of the town since the news of his divorce from Chanel Thierry became public.

They have finally filed for divorce, but they have requested joint legal and physical custody of their three children from the court.

DJ Mustard stands about 67 inches tall and weighs 76 kg. He hasn’t revealed anything about his physical features, such as his hips, waist, and bicep measurements, to the public.

Mustard is now health-conscious and shares his eating regimen on social media platforms such as Instagram. He has dark brown eyes and afro curly short black hair.

Looking at his outside appearance, he has cheekbones and tan brown skin color. He has tattoos all over his body as well.

DJ Mustard is well-known on social media. He has around 2.8 million Instagram followers and 30 posts. He has several Instagram photos of himself and his diet plan meals.

His most recent photo was of Ellamai announcing the release of the song “Heart on My Sleeve” and promoting it.

He is also the founder of @10Summers where he has got 29.6k Followers.

Similarly, he is a singer who owns the Mustard YouTube channel, which has about 1.34 million subscribers.

He has posted Episode 3 of Mustard Life of Sex Symbols to his YouTube channel.

In addition, he is active on other platforms such as Twitter, which he joined in April 2009 and has 399.3k followers and 41.6k tweets. He is also quite active on Facebook, where he has 1.6 million followers and shares and promotes his music as well as uploads his photographs.