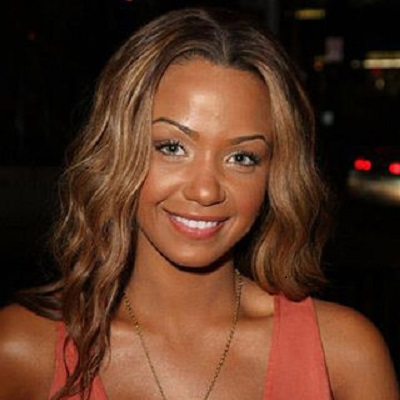 Dollicia Bryan has been in relationships with Drake and Shad Moss. She has had confronted with Rob Kardashian, Tyga, Kanye West, Kenyon Martin, Jamie Foxx, Shawne Merriman, 50 Cent, and Hill Harper.

She has a son whose name is not disclosed.

Dollicia Bryan is a former American actress, radio personality, model and, also social media sensation. Her beauty personality has earned the attention of many public figures over the years, she has dated may of them.

Bryan was born on January 31, 1984, and grew up in Portland, Oregon USA, with her two other siblings. Dollicia Bryan has a brother and a twin sister. She has a mixed ethnicity as her mother is African-American and her father is Italian.

Right from her early childhood, she was into fashion and modeling, her personality made her perfect for a career in radio.

Dollicia Bryan began her career as a radio personality in Oregon. Later, R&B singer, Joseph Lewis Thomas requested her for the video If I Was Your Man. She also experienced work on Rasheed Wallace Radio Show on Kxjim Jammin FM in Portland, Oregon.

Dollicia moved to California to follow her career in the field of modeling and acting. She also acted in Dough Boys and See Dick Run back in 2009.  Similarly, she also worked for BET commercials and many music videos. She featured in Akon’s music video and Lupe Fiasco music video too.

In 2007, for SHOW Magazine she did her first official photo shoot.  Later, she did another few photoshoots with King Magazine. While dating Bow Wow, she starred as the main model in his and Omarion’s music video Girlfriend.

She has been attending different awards functions. But she hasn’t been nominated or won any awards to date.

Dollicia is a renowned model, actress, and businesswoman. She must have earned a couple of million dollars till now.

However, she hasn’t revealed anything related to her income, salary, and net worth.

In 2010, When Reggie Bush was back on the industry after his break-up with Kim Kardashian.  Rumors of his romantic interests over Bryan was just all over the place.

Dollicia has a son and a goddaughter. her son is 13 years old, where their father is unknown to the general public. she doesn’t seem to be sharing anything about her past. The answers about their children are kept within her. Thus, many peoples are eager to know about them.

Regarding Dollicia Bryan’s height, she is 5 feet 6 inches, having an awesome-looking curvy body shape. Her measurement of body 34-25-40 inches.

However, she has blonde hair color with light brown eye color.

Dollicia doesn’t seem to be quite active on Facebook. Although she is quite popular on her Instagram having 87k. Similarly, she has about 60.5k followers on twitter.