Updated On December 18, 2022 | Published By: Anjana Kashyap
Share this
Married 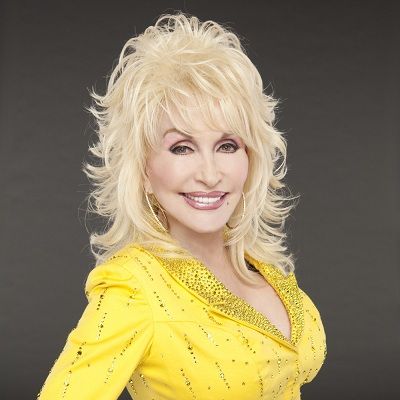 I thank God for my failures. Maybe not at the time but after some reflection. I never feel like a failure just because something I tried has failed

I'm not offended by all the dumb blonde jokes because I know I'm not dumb... and I also know that I'm not blonde.

What is the relationship of Dolly Parton?

Dolly Parton is married to Carl Thomas Dean on May 30, 1966. They have no children of their own. However, she is the godmother of Miley Cyrus.

Parton announced that she and her husband would renew their vows in honor of their 50th wedding anniversary later in the month on May 6, 2016. According to Parton, Dean is a good husband.

Who is Dolly Parton?

Dolly Parton is an American singer, songwriter, multi-instrumentalist, record producer, actress, author, businesswoman, and humanitarian. She is also one of the few to have earned at least one nomination from the Academy Awards, Grammy Awards, Tony Awards, and Emmy Awards.

She has starred in films such as 9 to 5 (1980) and The Best Little Whorehouse in Texas (1982), for which she earned Golden Globe nominations for Best Actress.

Dolly is 74 years old. She was born on January 19, 1946, in Pittman Center, Tennessee, U.S. Her father’s name is  Robert Lee Parton Sr. who worked temporary side jobs to make ends meet.

Parton’s mother’s name is  Avie Lee Caroline who was a homemaker for the large family. She is the fourth born amongst her 11 siblings. Dolly belongs of American nationality.

Her ethnicity is English, along with Scottish, Irish, German, Welsh, and Scots-Irish/Northern Irish.

She graduated from Sevier County High School in 1964. After finishing high school, she moved to Nashville. She was awarded an honorary doctoral degree in 2009.

Dolly Parton started her career in 1967. Musician and country music entertainer Porter Wagoner invited Parton to join his organization, offering her a regular spot on his weekly syndicated television program The Porter Wagoner Show, and on his roadshow in 1967.

In the summer of 1968, her first solo single for RCA Victor, “Just Because I’m a Woman”, was released and was a moderate chart hit, reaching number 17.

Parton’s solo records were continually ignored and the duo was named Vocal Group of the Year in 1968 by the Country Music Association. As of 1969, he was her co-producer and owned nearly half of Owe-Par, the publishing company Parton had founded with Bill Owens.

Both Parton and Wagoner had grown frustrated by her lack of solo chart success. Wagoner persuaded Parton to record Jimmie Rodgers’ “Mule Skinner Blues“, a gimmick that worked by 1970.

In February 1971, the record shot to number three, followed closely, by her first number-one single, “Joshua”. Furthermore, she duets with Wagnors in 1971 ” The Right Combination” and ” Burning the Midnight Oil” which included Top-20 singles. Her song, “I Will Always Love You”, written about her professional break from Wagoner, went to number one on the country chart in 1974.

In 1976, she started working closely with Sandy Gallin, who served as her manager for the next 25 years. In 1977, her first entirely self-produced effort, New Harvest First Gathering, highlighted her pop sensibilities, both in terms of choice of songs.

Parton won a Grammy Award for Best Female Country Vocal Performance for her Here You Come Again album in 1978. In 1979, Parton hosted the NBC special The Seventies: An Explosion of Country Music performed live at the Ford Theatre in Washington, D.C. She had 12 Top -10 hits; half of them hit number one between 1981-1985.

In her acting career, she has arisen in several television shows, and films. Some of the films where Dolly made an appearance as an actor include Straight Talk 1992, Gnomeo & Juliet 2011, Joyful Noise 2012, and others. Her most recent appearances are on Hannah Montana 2006-2010,17 Kids and Counting 2009, and Dolly Parton’s Coat of Many Colors 2015 among others in her television career.

There was a rumor that she was lesbian and having an affair with her pal, Judy Ogle. However, she denied being in a lesbian relationship with her.

Billionaire Jeff Bezos is Giving Most of his Money to Charity in Millions!