Dominic Purcell is a talented British-Australian actor and producer. He was married to Rebecca Williamson and is the father of three sons.

Dominic Purcell was once a married man. He was married to Rebecca Williamson since 1998. The couple started dating each other back in 1996. They were very serious about their relationship and after dating each other for two years, they got married on August 1, 1998.

They together had three sons named Audrey Purcell, Augustus Purcell, Joseph Purcell, and a daughter named Lily-Rose Purcell. After being together for over ten years, they divorced on October 22, 2008.

However, the reason behind their divorce is not disclosed yet to the media. After his divorce, he dated the beautiful American Brooke Burns in late 2008.

However, they couldn’t make their relationship last long and they separated after few months. After his breakup, he stayed single for few years and then began dating another beautiful actress Anna Lynne McCord in 2011.

No news came out about their breakup till now and it seems like they are still together. 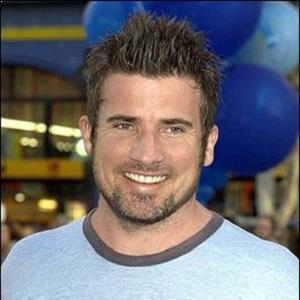 I don't watch TV dramas. I watch ESPN, HBO boxing, National Geographic Channel and I kind of like to get some DVDs, movies that I haven't seen and I just pop them in.

Yeah, I'm a physical kind of guy. I've always liked being physical. It takes a stuntman to really say, 'Look, we don't want you to do this. No, no, I'm serious, you're not going to do this' to get me not to do my stuff.

My fighting style, if you will, is a combination of mimicking, cowboy films and boxing that I have done throughout my life.

Who is Dominic Purcell?

Dominic Purcell is a talented British-Australian actor and producer, famous for his role as Lincoln Burrows in Fox’s television drama series Prison Break.

He is also widely recognized for his role as Heat Wave (Mick Rory) in Legends of Tomorrow (2016).

Talking about his early life, Dominic was born on February 17, 1970. He is of Norwegian-Irish ethnicity and he holds a British nationality.

He experienced his childhood in Wallasey, Merseyside, England, UK. He is the eldest child of a Norwegian father, Phil Myrtvedt, and an Irish mother, Mary T.

At the age of two, he and his family moved to Bondi, New South Wales and he spent his entire childhood in Australia.

As per his education, Dominic completed his high-school education from Blaxland East Public School and Blaxland High School and later, he attended St Dominic’s College and McCarthy Catholic College.

After college, he worked as Landscape architecture but he didn’t like his job and he decided to become an actor. He later attended the Australian Theatre for Young People to study acting.

After that, he attended the Western Australian Academy of Performing Arts, where he studied with Hugh Jackman.

Dominic Purcell has been active in the industry since 1991. He began his career in 1991, with the television series Home and Away, playing Constable Rogers. He appeared in three episodes of the series.

The same year, he got an opportunity to play the lead role as Granger Hutton in the TV series Raw FM (1997-1998), and he completed 13 episodes of the series.

Purcell appeared in several TV films including Moby Dick, Water Rats, Heartbreak High, and Silent Predators. Purcell made his big-screen debut playing Ulrich in Mission: Impossible II (2000), alongside Tom Cruise. After a year, he appeared as Mark in the 2001 famous movie Scenes of the Crime.

After that, he appeared in several movies including Equilibrium, Visitors, The Gravedancers, and Primeval. Purcell made his producing debut in 2004, as an Associate Producer in Three Way (2004). After that, he produced the movie Balibo in 2009.

In 2005, Dominic got the lead role for Prison Break, in which he played the role of Lincoln Burrows. His performance in Prison Break made him more popular in the industry and he started getting more roles in movies.

In 2009, he appeared in the same role in Prison Break: The Final Break.  In 2016, he gave an outstanding performance as Heat Wave (Mick Rory) in Legends of Tomorrow.

Talking about his honors and awards, he won AACTA Awards- Best Actor for his role in the TV film Prison Break, and he was nominated for Inside Film Awards- Best Feature Film for Balibo (2009).

Talking about the rumors and controversy, there was a rumor that he is dating beautiful actress Anna Lynne McCord, later the rumors came to the truth. Purcell has been very straight in his life and he has never been in any controversy till now.

Dominic Purcell has a height of 6 feet 2 inches. His bodyweight is 82kg. He has dark brown hair. Also, his eye color is dark brown too.

His chest size is 39 inches, his biceps size is 12 inches and his waist size is 32 inches. Furthermore, there is no information on his dress size and shoe size.