Dominic Rains is an Iranian-American actor of The Taqwacores (2010), A Girl Walks Home Alone at Night (2014).

Dominic Rains is very private about his personal life so, it is not known whether he is in a relationship or not. However, he is not married yet so, he is possibly single. In further days, if he revealed anything about his love life then we will update it. 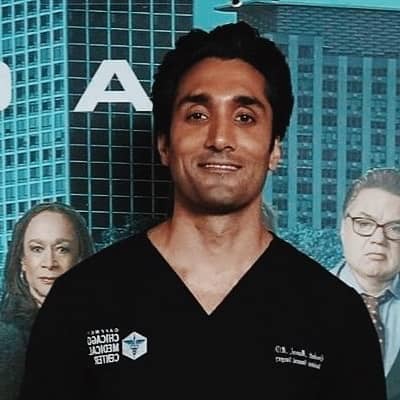 To live in that place where both sides could at any moment turn on you? It leaves you in a very traumatic spot

Who is Dominic Rains?

Dominic Rains is an Iranian-American actor who is best know for her role in independents films like The Taqwacores (2010), A Girl Walks Home Alone at Night (2014), Burn Country (2016). He rose to fame after appearing in the role of Dr. Leo Julian in General Hospital.

Dominic was born on March 1, 1982, in Tehran, Iran. His real name is Amin Nazemzadeh. He holds duo nationality of American and Iranian and his ethnicity is Iranian.

The name of his mother is Farzaneh Rains but he hasn’t disclosed his father’s information in the media. Also, he has an elder brother named “Iman Nazemzadeh” who is better known as Ethan Rains. His elder brother is also a renowned actor.

Similarly, his academics background is under the curtain. At an early age, he moved to London, England later on he relocated to Dallas where he spends his childhood.

Dominic made his acting debut in 2003 starring in a TV Movie, Saving Jessica Lynch where he was cast in the role of Fedayeen Officer. A year after he appeared in a recurring role of Cyrus in the 5th episodes of LAX aired on NBC.

In 2010, The New York Times praised his performances as “particularly eye-catching” for his role Jehangir Tabari in the discussion-sparking independent film The Taqwacores. The film is based on a 2004 novel by an American convert to Islam, Michael Muhammad Knight.

In 2014, he collaborated with his brother Ethan on a short film Still Here which was inspires by the real-life events of their cousin who was fatefully misdiagnosed with cancer. The film is produced by the Rains Brothers in association with Exxodus Pictures starring Shohreh Aghdashloo and Alan Rosenberg.

Currently, he is starring in the recurring role of “Dr. Crockett Marcel” in the police procedural drama television series, Chicago P.D. aired on NBC.

Rains won the award for the best actor at the 2016 Festival de Cine International de Ourense international film festival for his role in the film, The Taqwacores.

To date, Rains has not been part of any sorts of rumors and disputes that create headlines in the media. Also, he stays miles away from such controversial acts that could hamper his personal and professional life.

Rains main source of income is his profession as an actor. As per other online sources, he has accumulated in the range of $3 million net worth as of 2022. Furthermore, his salary and other assets are still under review.

The actor has an athletic body type and a fair complexion. He is 6 feet tall with an average weight. However, his actual measurement of his weight is not available at the moment. Likely, he has a black hair color with a brown pair of eyes.