Best known for his comedy videos on TikTok, and lifestyle vlogs on YouTube.

Dominic Toliver is a married man. He exchanged his vows with a German Instagram star Isabella Kunst in May 2020.

On 10 May 2020, this couple announced they are pregnant through their YouTube channel. 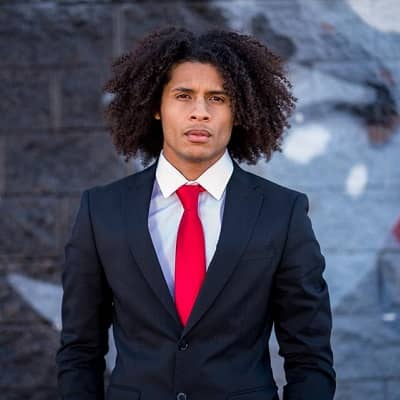 I Just Want To Become Someone. Someone Big, and help the world.

I'm a very funny guy and like to do anything fun.

Who is Dominic Toliver?

Dominic Toliver is an American social media star, model, TikToker, and YouTuber. He is best known for his comedy videos on TikTok, and lifestyle vlogs on YouTube.

This social media star was born on 20 September 1993, in Texas, the United States. He belongs to Scottish descent.

There is no information about his father, and mother as he likes to keep his personal life far from the media.

This web star used to participate in a theatre when he was in high school. He also walked the runway at a fashion show at the House of Deron.

Previously, he was popular on the app Vine. Dominic has garnered more than 155 K followers on Instagram. On Instagram, he shares his modeling and traveling photos and pictures with his wife and friends.

Dominic Talivor is a renowned name on TikTok. He has over 9.9 million followers on this platform, and around 249 M total hearts. He is a trending boy on TikTok and is a crowned muser.

Toliver is famous for acting, lip-sync, funny, and dance videos. Sometimes, he also makes videos with his family and friends.

Dominic started using YouTube on 4 December 2020. He posts daily life, and travel blogs on this platform. He also posts Q&A, reactions, and prank videos. Toliver has over 118K subscribers and over 6 million views on his channel.

Dominic received an estimated amount of $6K-$10K from each post on TikTok. Similarly, he earned an average amount of $500-$7K from YouTube.

There is no rumor or controversy about this web star. Meanwhile, he has managed to keep himself out of any rumor and scandal. Toliver is doing well in his career.

He has a shredded and athletic body physique.

You may also read Miranda Mason, Datrie, and Heir of Atticus.