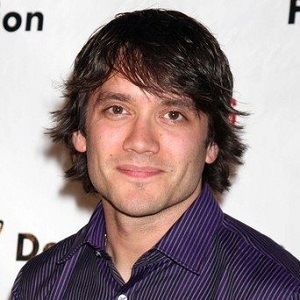 Who is Dominic Zamprogna?

As a Canadian actor and voice artist, he is best known for his roles on television series Edgemont, Battlestar Galactica and General Hospital.

Dominic Zamprogna was born in Hamilton, Ontario, Canada, on April 21, 1979, and he is currently, 39 years old. His father’s name is Lou Zamprogna (dancer, choreographer) and his mother’s name is Pauline Zamprogna (actress). Additionally, as a child, Dominic enjoyed soccer and basketball and wanted to become a small athlete.

On talking about his education, he attended the University of Toronto briefly, but left, later noting “I was no good at school work”.

During 1997, at the age of 18, Zamprogna appeared in the movie The Boys Club. Likewise, Dominic has also appeared in nine episodes of Battlestar Galactica, as well as in several films. During 2009, Zamprogna joined the cast of ABC’s daytime soap opera General Hospital as Dante Falconeri. For his role as Detective Falconeri, Zamprogna.

Dominic Zamprogna was nominated for Daytime Emmy Award for Outstanding Supporting Actor in a Drama Series three times for General Hospital (1963). Unfortunately, he has not won any of the awards yet.

On talking about his salary, net worth. His salary and net worth are disclosed yet.

Dominic has a height of 5 feet 8 inches. Additionally, he weighs is unknown. Dominic’s hair color is black and his eye color is brown.

Also, read the affair, salary, the net worth, controversy, and the bio of  Charlie David, Shawn Ashmore, Ingo Rademacher