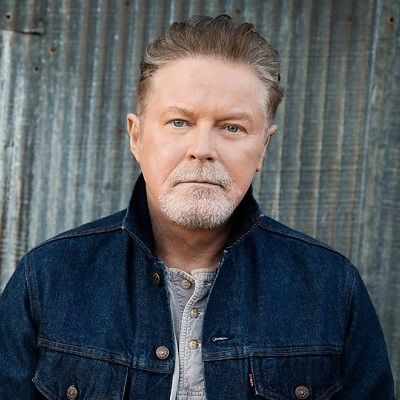 I have a certain pool of subject matter that I like to write about, things that interest me: politics, religion, ecology, and relationships between men and women. And that's usually what I focus on.

Between each album I try to gain a new insight that I didn't have before and perhaps write a song about something that I've written about before, but from a fresh viewpoint.

The relationship status of Don Henley is happily married.

Together, they have three children Annabel, Will, and Julia. They live together in Dallas, Texas.

In 1974, Don was involved with Loree Rodkin. After that in 1975, he dated Stevie Nicks. He was engaged to Maren Jensen as well.

Who is Don Henley?

Don Henley is an American musician, singer, songwriter, and record producer. Don is the founding member of the American rock band ‘Eagles’.

He is known for hits like Witchy Woman, Hotel California and The Long Run.

In 2020, Don with his band Eagles is bringing their recent, highly acclaimed Hotel California performances on tour.

Donald Hugh Henley was born on 22nd July 1947 in Gilmer, Texas, the U.S. His ethnicity is mixed(Irish, English and Scottish).

He was born to Hughlene (McWhorter) and C.J. Henley. His father was dying of heart and arterial disease due to which he left school to spend time with his father.

Don educated from Linden-Kildare High School in Linden, Texas where he played football. But he joined the band instead.

In the year 1972, they released their first studio album which contained the hit song Take It Easy, co-written by Jackson Browne.

Likewise, Henry co-wrote the band’s best-known songs. He sang band’s popular songs like Desperado, Witchy Woman, Best of My Love, One of These Nights, Hotel California, The Long Run, Life in the Fast Lane and Wasted Time as a lead vocalist.

Later in the year 1980, the band broke up during the recording The Long Run. They reunited in 1994 after 14 years.

After that, in 2007, they released Long Road Out of Eden.

After the breakup of the band, Don Henley started his solo career. He and Stevie Nicks duetted on her Top 10 Pop and Adult Contemporary hit Leather and Lace.

His first solo album I Can’t Stand Still was a moderate seller. He released a single The Boys of Summer. His other album was The End of the Innocence.

Contribution as a founder

He has an estimated net worth of $230 million US. In the year 2012, he was estimated to be the fourth richest drummer in the world.

There are no rumors and controversies in connection with this musician. He has maintained his good reputation in Hollywood till the date.

Don Henley has salt and pepper hair and blue color eyes. Likewise, he has a height of 5 feet 10 inches and weighs 65 kg.