Don Johnson is a multitalented and inspiring personality

They spent a year together and later separated in 1972. In 1976, he was in a brief relationship with American actress Lynn Whitfield. In 1978, he had a fling with Canadian singer Tanya Tucker.

Johnson’s first two marriages were annulled within a matter of days. There is no information regarding his first two wives.

He was engaged to Melanie Griffith on her 18th birthday and later married in January 1976. However, they divorced in July.

They have a daughter from the marriage, actress Dakota Johnson. In 1980, he was in a relationship with Sally Adams. From 1981 to 1985, he lived with actress Patti D’Arbanville. The pair has a son, Jesse Wayne Johnson.

Currently, he is a married man. He began dating the American socialite Kelley Phleger in November 1997.

They later married on April 29, 1999. They have three children together, Atherton Grace Johnson, Jasper Breckenridge, and Deacon. 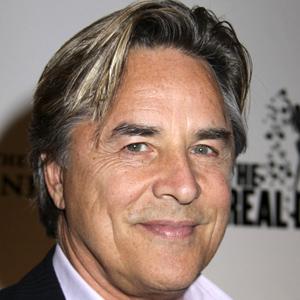 the salaries in television are rivaling those in feature films.

I like to have really fine things. I have a great appreciation for fine art, fine homes, fine wine, fine cigars and fine friends.

Anybody, any actor, any director, will tell you that the hardest job in show business is doing a weekly series, because you work 16, 14, 15 hours a day, five days a week.

I've had some ambivalent feelings about being an actor. I don't know that I've ever been totally and completely comfortable with it.

People in the business will stay with you through drugs and alcohol and divorces and insanity and everything else, but you have a failure, pal, and they don't want to know nothing about you!

Who is Don Johnson?

He portrayed the role of James “Sonny” Crockett in the 1980s TV series ‘Miami Vice’. Additionally, he has received a star on the Hollywood Walk of Fame.

Don Johnson was born in Flat Creek Township, Missouri on December 15, 1949, to parents Nell and Wayne Fred Johnson. His mother was a beautician and his father was a farmer.

He was intrigued by the world of movies since his childhood years and hence he later took part in the high school’s theatre program.

He is of American nationality. Furthermore, he belongs to a mixed ethnic background of English, Scots-Irish/Northern Irish, Scottish, German, remote Dutch, and French Huguenot.

Talking about his education, Johnson attended and graduated from Wichita South High School.

Additionally, he also attended the University of Kansas in Lawrence. Furthermore, he studied drama at the American Conservatory Theater.

In 1970, he appeared in ‘The Magic Garden of Stanley Sweetheart’ as Stanley Sweetheart which was his first professional role. He played the role of Matthew in ‘Zachariah’ and Frank in ‘Lollipops, Roses, and Talangka’ in 1971.

Since then, he has appeared in numerous other movies and television series. All in all, he has over 85 credits as an actor.

Some other movies and television series that Johnson has appeared in are ‘LA to Vegas’, ‘Sick Note’, ‘Brawl in Cell Block 99’, ‘A Series of Unfortunate Events’, ‘Blood & Oil’, ‘From Dusk Till Dawn: The Series’, ‘Alex of Venice’, ‘Eastbound & Down’, ‘Glenn Martin DDS’, ‘Machete’, ‘Just Legal’, ‘Nash Bridges’, ‘Tin Cup’ and ‘The Hot Spot’ among many others.

Additionally, he has 7 credits as a producer, 2 credits as a director, and 8 credits for soundtracks. Furthermore, he also has 1 credit as a writer.

Apart from his career in the show business, Johnson has also released two studio albums titled ‘Heartbeat’ and ‘Let It, Roll’. He also scored his first motorsports victory in 1986 in a 1,100-mile powerboat race.

Furthermore, he has won the ShoWest Award and TV Land Award. All in all, he has 6 wins and 8 nominations to his name as an actor.

Johnson has not revealed his current salary. However, Don Johnson has an estimated net worth of around $50 million at present.

Don Johnson has been linked with several rumors throughout his career. Over the years, he has been rumored to have been involved in relationships with Nancy Pfister, Jennifer Connelly, and Yasmine Bleeth.

Furthermore, he has also been involved in several controversies due to his legal problems. He was accused of being involved in money laundering in 2002.

Talking about his body measurement, Don Johnson has a height of 5 feet 11 inches (1.8 m).

Additionally, he weighs around 86 kg. Furthermore, his hair color is blonde and his eye color is green.