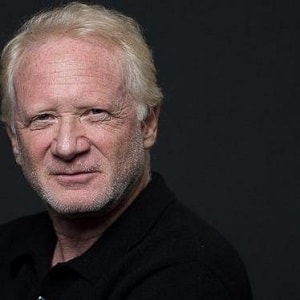 Facts of Don Most

Relationship Statistics of Don Most

Don Most married actress Morgan Hart in 1982, who is the daughter of burlesque queen Margaret Hart Ferraro.

They welcomed two daughters, Madison and Mackenzie, and the family is living near Los Angeles, California.

Who is Don Most?

Don Most is an American singer and actor. He is best known for his role on the television series ‘Happy Days’ as Ralph Malph.

He was born on August 8, 1953, in Brooklyn, New York, US. He holds American citizenship but his ethnicity is unknown.

Information about his parents, siblings, and childhood is not mentioned.

He graduated from Erasmus Hall High School in 1970 and later attended Lehigh University from 1970 to 1973, but did not graduate. He first attended to study engineering but later changed his major to business after his first semester.

Don Most: Professional Life and Career

Don Most landed the Ralph Malph role on his third audition and made his way to California to pursue acting full-time. He appeared the role of Louie on the 15th and final episode of ‘Room 222’ entitled ‘Jason and Big Mo’.

He portrayed the role of jokester Ralph from the eleventh and final season on ‘Happy Days’ and played in many films and television. His film credits include ‘EDtv’ in 1999, ‘Planting Melvin’ in 2005, ‘The Great Buck Howard’ in 2008 and made a regular guest appearance on TV shows like ‘Emergency!’, ‘CHiPs’, ‘Baywatch’, ‘The Love Boat’, ‘Sliders’, ‘Glee’, and many more.

Alongside his former ‘Happy Days’ co-star Scott Baio, he made an appearance on ‘Charles in Charge’. He is also called ‘Donny Most’.

His only pop album ‘Donny Most’ was released by United Artists in the fall of 1976 and his single from the album, ‘All Roads’ b/w ‘One of These Days’ was released as a promo to record stations only.

His other pop singles include ‘Here’s Some Love’ b/w ‘I’m Gonna Love Loving You’ in 1978 on the Venture label. And, ‘I Only Want What’s Mine’ from the film ‘Leo and Loree’ on Casablanca Records in 1980 but it did not chart either.

He later switched to swing music in 2016 and released ‘Swinging Down The Chimney Tonight’ on Summit Records and he was touring the US in a show called ‘Danny Most Swings’ and performed a set of the 1950s with a seven-piece backing band.

He was awarded Scarlett Award in 1999 and Achievement Award for directing ‘Moola’ in 2007.

It is estimated that he has a net worth of $2 million and his main source of income is from his professional career.

Don Most: Rumors and Controversy/Scandal

Don Most, along with four of her ‘Happy Days’ co-stars filed a $10 million breach-of-contract against CBS on April 19, 2011. They were supposed to be 5% from the net proceeds of merchandising if their sole images were used and 50% if they were in a group.

Finally, the actors settled their lawsuit in July 2012 with CBS. Each received a payment of $65,000 also CBS made a promise to continue honoring the terms of their contracts.

Don Most have a height of 5 ft. 11 inches. He has light brown hair and blue eyes. Other information about his weight, dress size, shoe size, etc. are not available.