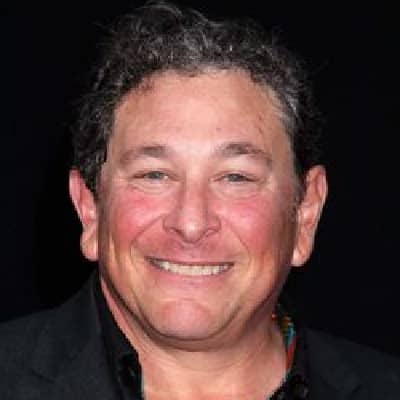 Don Stark is a married man. He is the husband of Aubrey Robinson.

Heading towards his past relationship, he was married to Julie Stark for several years. Nicole and Samantha are two daughters of this couple. After some years, the couple broke their marriage promises.

Apart from acting, he is fascinated by bodybuilding, dance, and singing.

Who is Don Stark?

Don Stark is an American actor who was born Donald Mario Stark. Further, he is famous for his role as ‘Bob Pinciotti’ in the TV series ‘That’70s Show.’

In addition, he also received the voice of Vincent in Father of the Pride and voiced Rhino in Spider-Man.

He was born on 1954, July 5 in New York City, the U.S. He holds an American nationality and he is of Caucasian ethnicity.

His father’s name is Nate Stark and his mother’s name is Harriet.  Moreover, his parent is of Jewish descent.  His father was the manager of Wilson’s House of Suede’ and his mother was a homemaker. When he was a child his family relocated to Los Angeles, California, and settled in San Fernando Valley.

While talking about his academic qualifications, he graduated from Grover Cleveland High School in the year 1972 in Reseda, California. Then, he enrolled at California State University, Northridge. Originally, he studied business before deciding to major in theatre arts.

Initially, he was leaned more toward football than toward acting. During his school days, he joined the drama group in a school in response to a friend’s challenge. He participated in musicals such as ‘Guys and Dolls and Fiddler on the Roof’.

Similarly, he made his TV debut titled “Switchable Sisters.’ Firstly, he starred in series and played minor roles in series such as ‘General Hospital’ and ‘The Man in the Family.’ He appeared in movies such as Evilspeak, “Peggy Sue Got Married’, and ‘The Couch Trip.’ Likely, he had portrayed a role in the Star Trek film contact and a small role in an episode of Supernatural as a victim of a ghost that had been summoned by ritual to murder. He has also appeared on Viper, Disney Channels Cory in the House, Stargate SG-1, and CSI.

In the year of 1996, he had a supporting role in the TV series Time Cop and I Carly’s movie: iGO to Japan as Freight Dog.

Besides that, he directed six episodes of the TV series ‘Luke 11:17.  Stark has performed as ‘Uncle Frank’ in the movie ‘Hello, My Name Is Doris’ in 2015.  Furthermore, he was seen as ‘Jules Podell’ in the biographical movie ‘Green Book’.

Don has an estimated net worth of $6 million through his profession. His income source is coming from his acting career and series director.

Don hasn’t revealed any information related to his rumors and controversies.

He has a decent height of 5 feet 8inches and has a weight of around 71Kg. His hair color is Grey and has brown eyes.