Is Don Toliver dating someone?

Currently, he is dating a famous American Singer, a rapper Kali Unchis. They started dating each other since 2021

Moreover, there is no info about his past dating life, it’s under review. 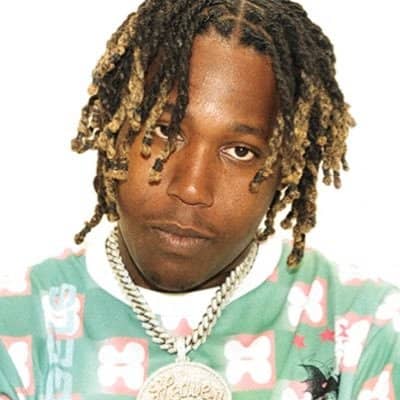 Who is  Don Toliver?

Don Toliver is a Rapper, Singer, and songwriter from America. He is well known after featuring on Lemonade alongside Nav and Gunna by Internet Money.

His famous solo debut just came a year ago, I Gotta and Diva. In 2021, he collaborated with Justin Bieber and Skrillex on the single Don’t go.

Don Toliver was born in Houston, Texas, on June 12, 1994. As of 2022, he is 27 years old. He holds an American national identity and African-American ethnicity. According to his astrologist birth chart, his Sun sign is Gemini. His real birth name is Caleb Zackery Toliver.

He has not revealed exact information about his parent’s identity but according to the media sources, his mother is Carla, and his father was a rapper during the Swishahouse movement in the early 2000s.

Along with that, he has not disclosed any information about his educational background.

He started his career in 2017, and his solo singles, Diva and I gotta were released in 2017. Along with that, she released a collaborative mixtape, Playa Familia alongside Yougjosh93.

Moreover, in March 2018, he signed with Atlantic Records Corporation with rapper Chedda Da Connect and the record label We Run It Entertainment in conjunction with Artist Partner Group.

In early 2018, he released the single “Holdin Steel”  accomplished by a music video featuring Dice Soho. Donny Womack was released  adding a music video for the song “Diamonds”

While working on the tape, Toliver caught the attention of fellow Travis Scott, an American rapper, singer, songwriter, and record producer.

On August 3, 2018, Travis Scott related his third studio album, Astroworld,  on which Toliver was featured on the thirteenth track, “Can’t say” it was sponsored by Yves Saint Laurent. On August 6, Toliver and Trivas signed the Cactus Jack imprint label.

Toliver got an opportunity to appear on Canadian rap Champion alongside Nav, Sheck Wes, and Gunna, as well as Scott, was featured.

Apart from this, in 2019 he released several singles under the Cactus Jack label. Including Back-Up, Best You Had, Can’t Fell My legs, and No Idea. Furthermore, No Idea went out viral on TikTok and all over the world.

On January 17, 2020, he was featured on “No Regret” of American famous rapper Eminem’s eleventh studio album, Music to Be Murdered By.

Collabratation with DJ Chase B

Along with that on July 24, 2020, he collaborate with famous rapper DJ Chase B on and single titled Cafeteria featuring Gunna.

Moreover, he is the lead singer on his project, What You Need. Following in 2021, on June 18, he realized his second single from the album, “Drugs N Hella Melodies” featuring his girlfriend American Singer Kali Uchis

Even more, he collaborated with Skrillex and Canadian singer Justin Bieber on the single “Don’t Go”

His album Life of a don was featured by Travis Scott, Kali Unchis, SoFaygo, Baby Keem, and HVN.

Talking about his personal earnings, his net worth is estimated at $ 4 million dollar. Including his house, cars, money, and personal assets.

According to the Instagram story of @Caniba5_, On August 12, 2019, she posted that ” Don Toliver raped me in 2019, “And I’ve never said anything to anyone in the public till now. I don’t care, he’s a very disrespectful, and fucked up individual.”

It creates huge rumors and controversy all over social networking sites.

Don Toliver is a handsome young man, whose height stands at 5 feet 8 inches and weight of 74 kgs. His exact body measurement is under review.

Along with that, he has black pairs of eyes with black hair.

Along with that, his Facebook account has 94k Followers with 0Following. Moreover, he is a TikTok star also his TikTok id has 616.1k followers with 10 following under the TikTok accounts @dontolivermusic.