Updated On November 25, 2022 | Published By: Arun Mehata
Share this
Married 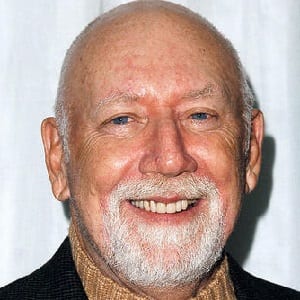 Donald P. Bellisario has been married a total of four times. His first marriage was with Margaret Schaffran.

They were together from 5 January 1956 to 13 December 1974. They have four children together, Joy Bellisario-Jenkins, Leslie Bellisario-Ingham, David Bellisario, and Julie Bellisario Watson.

Later, Donald married Lynn Halpern on 24 October 1979. They later divorced on 4 April 1984. The pair has a son from this marriage, Michael Bellisario.

Bellisario married Deborah Pratt on 30 June 1984. The couple has two children from this relationship, Troian, and Nicholas. They separated in 1991.

Currently, Donald is married to Vivienne Bellisario. They married on 27 November 1998. Bellisario’s marriage is going strong as there is no news regarding any extramarital affairs at present.

Who is Donald P. Bellisario?

Donald P. Bellisario is an American television producer and screenwriter.

He has written episodes for TV series including ‘Battlestar Galactica’, ‘Magnum, P.I.’, ‘Tales of the Gold Monkey, and ‘Quantum Leap’ among others.

Bellisario was born Donald Paul Bellisario in Cokeburg, Pennsylvania on August 8, 1935. He was born to parents Albert Jethro Bellisario and Dana Bellisario.

Throughout his childhood years, he grew up listening to the war stories of vets as his father ran the tavern.

Additionally, he is of American and Serbian nationality. Furthermore, he belongs to a mixed ethnic background of Italian and Serbian.

Talking about his education, Bellisario attended Pennsylvania State University and graduated in 1961 with a bachelor’s degree.

From 1955 to 1959, Donald P. Bellisario served in the U.S. Marine Corps. Additionally, he worked in advertising for fifteen years before moving to Hollywood.

In addition, he also worked as a writer and producer on ‘Black Sheep Squadron. Since then, he has worked on numerous other movies and television series. He has over 20 credits as a writer.

Bellisario has also worked on several other shows like ‘First Monday’, ‘Crowfoot’, ‘Tequila and Bonetti’, ‘Last Rites’, ‘Airwolf II’, ‘Three on a Match’, ‘Tales of the Gold Monkey, ‘Stone’, ‘Switch’, and ‘Battlestar Galactica’ among others.

Additionally, he received a Visionary Award at the UCLA Neurosurgery Visionary Ball on October 27, 2016. He also won Star on the Walk of Fame in 2004.

Bellisario has not revealed his current salary. However, he has an estimated net worth of around $ 250 million at present.

Although Bellisario himself has not been part of any notable controversies, several of his shows have attracted criticism over the years.

Talking about his body measurement, Donald P. Bellisario has a height of 6 feet 2 inches and an average weight.

Additionally, his hair color is grey and his eye color is blue.