After that, he married Shirley Douglas in 1966 and they got divorced in 1971. Then a had twins named Kiefer Sutherland and Rachel Sutherland on 21 December 1966. 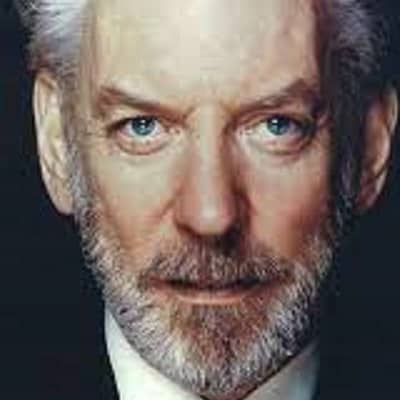 Who is Donald Sutherland?

Donald Sutherland is a well-known Canadian actor whose whole life went on by giving his time to this entertainment industry.

He is a person who has been nominated for eight Golden Globe Awards and won two for his performance in television films like Citizen X in 1995 and Path to war in 2002.

He is also the former who earned Primetime Emmy Award.

Donald McNichol Sutherland who is currently 86 years was born on 17 July 1935 in Saint John, New Brunswick, Canada. He is the son of Dorothy Isobel and Frederick McLea Sutherland. His father used to work in sales and ran the local gas, electricity, and bus company.  Sutherland has Scottish, German, and English ancestry and has Canadian nationality.

Sutherland has spent her teenage years in Bridgewater, Nova Scotia. He also has suffered from rheumatic fever, hepatitis, and poliomyelitis. He got his first part-time job at the age of 14 in the local radio station CKBW.

He has completed his school at Bridgewater High School. After that, he went to join Victoria University from where he attended a double major in drama and engineering.

Later he went to study at the London Academy of Music and Dramatic Art but he quit. Then later, he attended Scotland’s Perth Repertory Theatre for 1 and a half years.

Donald’s career started slowly in the mid-1960s, with minor appearances in British television programs. His first feature film, Castle of the Living Dead, was released in 1964.

In 1965, Donald appeared in The Bedford Incident before moving on to TV shows such as Gideon’s Way and The Saint.

Sutherland’s big break came in 1967 when he was featured in the iconic combat picture The Dirty Dozen. Donald was part of a star-studded cast and the movie was a commercial success. Sutherland left London to seek a career in the United States as a result of his success.

Donald appeared in movies such as Start the Revolution Without Me, Klute, and Steelyard Blues. Then he appeared as the main man in films such as Don’t Look Now, The Eagle Has Landed, and Eye of the Needle in the 1970s.

Donald was also developing a reputation for himself on television, and he contributed to the success of the Canadian series Witness to Yesterday. Donald participated in the highly acclaimed film Ordinary People in 1980.

He went on to feature in a number of significant films over the following several years, including A Dry White Season, Lock Up, Backdraft, and Six Degrees of Separation. Sutherland featured in films such as Cold Mountain, The Italian Job, Commander in Chief, Pride & Prejudice, and Fool’ Gold in the 2000s.

Sutherland portrayed President Snow in the first chapter of the Hunger Games series in 2012. He eventually repeated this role in four of the film’s sequels, earning considerable acclaim from a mainstream audience.

He is a popular Canadian actor who has given his life to the entertainment industry. His whole income comes from his career as an actor and his net worth is to be $60 million.

There are no rumors about Donald as he has always been staying out of rumors and controversies.

Donald stands 6 feet 3 inches tall and weighs 96kg. Donald has not shared his body measuring but looking at his appearance he has white color hair due to aging and has blue eyes. He also has raised eyebrows with often sports a thick beard.