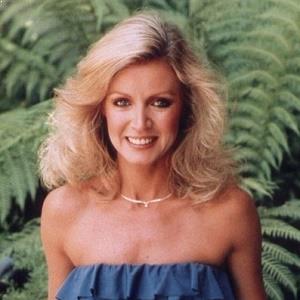 Having created her and played her all this time, there's a great deal of me in Abby, and a lot of her has crept into me. I think some of the ambition and some of the guts that she has as a character I've kind of taken on. She helped me in a lot of ways.

People don't tune in Knots Landing to see our gowns and jewelry. By and large our acting is overlooked because of the machinations of the plot. I have to be on guard all the time to keep Abby fresh and interesting.

Comedy is what I want to do now.

Although her career took on a successful path her love life couldn’t do so. Previously, Mills was in a long distance relationship with Richard Holland but due to some reason, their relationship didn’t work. After being separated from Holland, She was found in a relationship with Michael Shelton which also didn’t get successful.

Talking about a present relationship of Mills, She is possibly single. There isn’t any solid proof which leads towards her married life. She has adopted one daughter whom she named Chloe. She adopted her when she was just four days old.

Who is Donna Mills?

Versatile and talented Donna Mills is an American actress and television producer. She is best known for her work in ‘The Secret Storm’, ‘Love is a Many Splendored Thing’, and ‘Knots Landing’.

Born as Donna Jean Miller in Chicago, Illinois on 11 December 1940. She was born to a dance teacher mother and an oil executive father. She is of North American ethnicity and American nationality. For her High schooling, she joined Garvey Elementary School and Taft High School. Then she attended the University of Illinois at Urbana-Champaign and became a member of Delta Gamma sorority.

Mills left University to pursue a dancing career. She came to the acting field from the production of ‘Come Blow Your Horn’ at the Drury Lane Theatre in Chicago. Later she moved to New York City where she began her career on CBC daytime soap opera ‘The Secret Strom’ in 1966. She made a debut in the film industry with the film ‘The Incident’ in 1967. In the same year she also got a regular role on soap opera ‘Love is a Many Splendored Thing as ex-nun Laura Donnelly’. Later she appeared on a soap opera ‘Knots Landing’ as Abby which made her known to the world with her skills. After working around for nine years she let the ‘Knots Landing’ in 1989. After onwards, she started to appear in various television movies portraying the different characters. In 1997, she returned to ‘Knots Landing’ for its final episode and ‘Knot Landing Reunion: Together Again’.  She made a recurring guest appearance in ABC soap opera ‘General Hospital’. In 2015, she appeared on the film ‘Joy’ portraying the character as Priscilla and also starred a role in comedy-drama ’12 Gifts of Christmas’ as Joyce Rehnquist.

She is active in the entertainment field since 1966 and still, she is currently engaged with it. She has been nominated for various awards and has won awards like Soap Opera Digest Award and Daytime Emmy Award. She has also released an instrumental video for several makeup looks and released her own line of cosmetics. Mills was also cover featured in Playboy magazine in 1987 and 1989. Her success in career path paid her well financially. Although it’s hard to put up an actual annual salary in figure her net worth is estimated to be $7 million. Her hard work in the past benefited her now and she is currently living a luxurious lifestyle.

Mills has been rumored to be gay which is yet to be confirmed by her. She also was rumored to have done plastic surgery on her body and using botox injections.

She has a height of 5 feet 4 inches and a weight of 50 kg. Her hair is blonde and her eyes are blue. Her body stats are 33-23-34 inches. Her dress size and shoe size are unknown.