Donna Murphy at present is possibly a single woman. But in the past, she exchanged vows with an actor Shawn Elliott on 7 October 1990.

The details of their wedding are not yet disclosed. During her time with her husband, they tried to welcome a child two times but failed. Donna experienced two miscarriages.

Finally, this couple adopted a girl child named Darmia Hope Elliott in 2005. Unfortunately, their marriage ended with the death of Shawn in 2016. 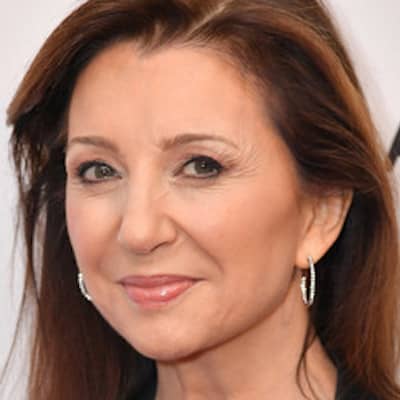 Who is Donna Murphy?

Donna Murphy is an actress and singer of American nationality. Donna Murphy is popular for her appearance in The Gilded Age, Hack, What About Joan?, The People in the Picture, Wonderful Town, etc.

Recently, she was seen in the TV show The Gilded Age playing the role of Caroline Schermerhorn Astor in 2022. As a theater artist, she acted in acts titled They’re Playing Our Song, The Mystery of Edwin Drood, Wonderful Town, The People in the Picture, and many more.

Her birthdate is 07 March but her birth year is 1959 and she was born in Corona, New York, the United States. The name of her mother is Jeanne Fink and her father’s name is Robert Murphy.

Her dad worked as an aerospace engineer while her mom was a housewife.

Further, Murphy’s ancestry is a mix of Irish-French-German-Czech and has six brothers plus sisters.

As per her academics, she passed out of Masconomet Regional High School in 1977. She then enrolled at New York University to achieve a degree in drama.

Donna Murphy 1979 has appeared in many screen projects. In TV shows, she was featured in What About Joan? as Dr. Ruby Stern, Made in Jersey as Darlene Garetti, Mercy Street as Jane Green, Gossip Girl a Headmistress Vivian Burtonm, etc.

Her other TV shows are,

Donna has shown her acting skills in various movies too. Some of them are,

By the reports of 2022, Donna Murphy has an estimated net worth of $3 million which she collected from her work.

The cast of the movie Sherman’s Way is keeping herself away from scandals along with desperate rumors.

Donna Murphy’s height is 5 ft 8 inches and her body weight is 54 kg. Furthermore, she has brown hair and her beautiful eyes are brown in color.