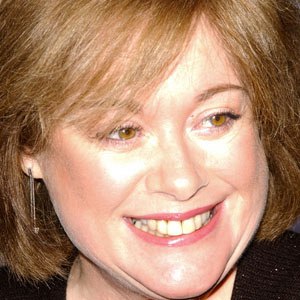 I don't think you can ever perceive this sort of lightening in a bottle, i think they were hoping it would do at least well enough to make it's money back. Then, suddenly, it became so popular it took on a whole other life.

Donna Pescow is a married woman. She has been married to her longtime beau Arnold Shepard Zelonka since November 1987. The couple has welcomed a son named Jack Casey Zelonka in 1989. The couple likes to keep their profile low and there is less information available about their relationship status. The couple is currently residing in Los Angeles, California.

Previously she was in a relationship with Robert Hays in the year 1979 but there is no solid proof of when their relationship ended.

Donna Pescow is an American actress and director who is best known for her roles as Annette in the film ‘Saturday Night Fever’ and as Angie Falco Benson in the sitcom ‘Angie’. She is also well recognized for her role as Donna Garland in the sitcom ‘Out of This World’ and as Eileen Stevens in the Disney Channel sitcom ‘Even Stevens’.

She was born on March 24, 1954, in Brooklyn, New York, USA. She is currently 65 years old. Her father owned and ran a newsstand in Battery Place but information regarding her mother is unknown.

Donna holds American citizenship but her ethnicity is unknown.

She graduated from Sheepshead Bay High School in Brooklyn in 1972 and also studied at the American Academy of Dramatic Arts but she lost her native Brooklyn accent there. In addition, she took drama classes with Carl Weathers.

She appeared as a leading role in an Off-Off-Broadway musical entitled ‘Poor Old Fool’ in 1973. Then, she appeared as Annette in the film ‘Saturday Night Fever’ in 1977 and for the role, she had to learn Brooklyn ascent.

Then, she was cast in the ABC soap opera ‘One Life to Live’ in 1977 in which she appeared as Celena Arquette. From 1979 to 1980, she appeared in the television series ‘Angie’ alongside her primary cast as Robert Hays, Debralee Scott, and fellow Brooklynite Doris Roberts.

She portrayed the role of Dr. Lynn Carson on the soap opera ‘All My Children’ from 1982 to 1983 and as Donna Garland in the comedy series ‘Out of This World’ alongside Maureen Flannigan and Joe Alaskey. She made her appearances in ‘Clueless’, ‘NYPD Blue’, ‘General Hospital’ ‘Even Stevens’, ‘Crossing Jordan’, ‘The Sopranos’, and many more.

She has an estimated net worth of around $3 million and she has managed to accumulate such a huge amount from her TV and film career.