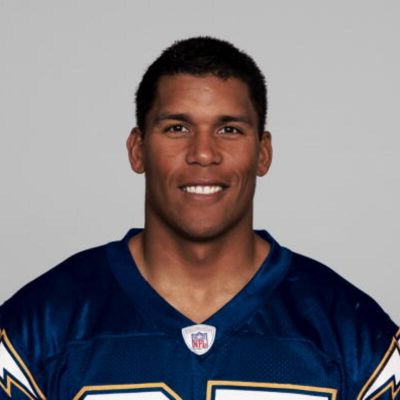 Talking about his love life, Donnie Edwards is living a married life with Kathryn Edwards. Kathryn is a well-named actress known for her role in Married with Children(1987), The Real Housewives of Beverly Hills(2010), and so on.

The couple tied the knot on 14 June 2002. They are together for more than 18 years. However, the couple does not have any children till now. The duo has featured together on the sixth season of The Real Housewives of Beverly Hills.

Who is Donnie Edwards?

Donnie Edwards is a well-recognized former American football linebacker from San Diego, California. Edwards has played for thirteen seasons in the National Football League(NFL) for the Kansas City Chiefs and the San Diego Chargers.

Moreover, he has dedicated himself to philanthropic work with veterans and children from underprivileged backgrounds post his retirement.

Donnie Edwards was born on 6 April 1973. At present, his age is 48 years old. Likewise, his birthplace is San Diego, California, the USA.

Not much known about his father and mother’s details, Donnie has been secretive about his parent’s details. Moreover, he has seven brothers and two sisters as well. He lived his childhood in poor financial condition.

Talking about his nationality, Edwards holds an American identity whereas his ethnicity is Mexican, Native-American, and African-American.

Regarding education, the athlete was excellent in school and athletics from an early age. He remained an active advocate for education. He earned a scholarship from the University of California where he played as a linebacker for UCLA from 1992 to 1995.

Donnie was selected in the 4th round of the 1996 NFL Draft by the Kansas City Chiefs. Likewise, Kansas City officially released him after they were not able to renew the contract. He was released a day before earned a $2.8 million bonus. The San Diego Chargers then made a contract with Edwards on 25 April 2002.

Additionally, Donnie became the 9th player in NFL player in NFL history to become part of the 20/20 club. The linebacker retired the career with a total of 23.5 sacks and 28 interceptions.

At the end of the 2006 NFL season, Edwards contract expired making him a free agent. Post his retirement, he has dedicated himself full-time to philanthropy. The athlete has donated time and money to the charitable company and institutions that gave positive guidance during his youth.

He also promotes the U.S. military Influenced by his studies in political science.

Presently working as philanthropy, Edwards has earned from his super football career. He lives a lavish lifestyle with his wife.

However, the former star has not disclosed his exact salary, earnings, and assets details till now.

Donnie has never been part of any controversial matter or rumors till now. The athlete has been preoccupied with his professional and private life.

It seems that Edwards prefers enjoying his personal life and does not want to merge it with his professional life.

48 years old American professional player, Donnie has handsome looks and a muscular body. He stands at a height of 6 feet 3 inches. Also, he has a balanced bodyweight of 102 kg.

Furthermore, Edwards has black eyes whereas his hair is also black.

Regarding his social media presence, Donnie Edwards is an active personality on social media. Donnie has more than 15.7k followers on his official Instagram account @donnie_edwards.

He is also active on Twitter with around 1.1k followers.

However, Edwards is not available on Facebook at the moment.