Donnie McClurkin is an American gospel singer and a minister. Donnie is dating CeCe Winans. He is also father of one kid. 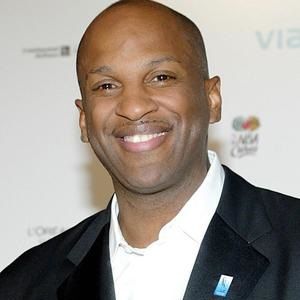 Tell me what do you do when you've done all you can and it seems like you can't make it through? Well, you just stand, stand, stand, don't you dare give up. Through the storm, through the rain, through the hurt, stand through the pain, hold on, be strong, God will step in and it won't be long.

It's a poor frog that doesn't praise his own pond! - Donnie McClurkin.

Donnie McClurkin is dating CeCe Winans. However, they were not much spotted together and doesn’t share it on social media. So it is not whether true that they were dating or not.

In 2016, it was reported that he was starting a relationship with CCM singer-songwriter Nicole C. Mullen.

He also has a son named Matthew McClurkin. But Mattew’s mother name is not revealed.

Who is Donnie McClurkin?

Donnie McClurkin is a multi-talented personality who has given his contribution in the field of singing and politics also. He is an American gospel singer and a minister.

His birth name is Donald Andrew McClurkin. McClurkin was born on November 9, 1959, in Copiague, New York.

His birthplace was the City of South Caroline situated in the US but he was brought up in the city of Amityville.

His life in his childhood was not much good and well as his 2-year-old brother was hit by a car and died soon. After this incident, he was abused sexually by his own uncle. His tragedy continued and again he was sexually abused now by his uncle’s son.

His sisters also had to face the same problem of abusing. After going through all these incidents, he found peace in visiting the church. He got help from one of her aunt who used to perform as a background singer and also used to sing to gospel music

There no information collected about his education history.

He started his career by his teenage period. As his teenage age was so bad that he was sexually abused twice. Thereafter he went to a church and thought of working there. He formed a group called the McClurkin Singers and started to sing. He went on to form another group later on which was known as the New York Restoration Choir.

During his career as a musician, his most of the songs are in the number of hits and loved by all of the people. In the year 1996, he releases his singles Stand and it became a hit. From there he was inspired for his solo performance and went to release more singles in the year 1996, which were all liked by the audience.

His biggest achievement came in the year 2000 when he released another song called we fall down. This went on to break many records and still is one of the best songs of all time. After the success of this song, he went on to release many other songs which gained him a lot of fame and popularity.

Through continuous various hits, he was able to win the Grammy awards thrice in his career and the BET awards twice. More about his achievements he won twice the award of Soul Train Music. He was then more experienced to produce good songs and went on to release his home TV series in the year 2009. He has also been seen playing in different TV Shows.

Now he is one of the popular faces in the TV shows and has appeared on shows like Good Morning America, The View, and many more. He has also shown his acting skills in some movies which have uplifted his career. His movies include The Gospel and The Fighting Temptations where he is seen playing as the role of a Single Man or a Church Pastor.

He has also built up his career on the political field. In 1989, he was hired, as an associate minister, at Marvin Winans’ Perfecting Church in Detroit, Michigan. Also, he has served as an assistant to Winans for over a decade. In 1991, he suffered from leukemia and was told to take long rest after having immediate treatment.

He was also sent out by the Winans in 2001. He had thought of establishing Perfecting Faith Church in Freeport, New York but wasn’t allowed. He is now Senior Pastor.

McClurkin is one of the renowned singers and most of his songs are hit. He also has his good career built up in other field and so must have good earning. is His net worth is said to be $5 million.

He was rumored to be suffering from throat cancer. But McClurkin cleared it out that his health condition was all fine and he has not been suffered from any of these cancers.