Donnie Yen is a Hong Kong actor, martial artist, film producer, director, action director, and choreographer. He is married and a father of three kids.

Donnie Yen is living a blissful conjugal life. He is married to a model, Cecilia Wang Shi-Shi. The couple tied the wedding knot in 2003 after three months of dating.

They were blessed with two children named Jasmine and James. Previously, he was married to Hong Kong advertising executive, Leung Zing-ci from 1993 -1995.

The duo first met in the year 1990 and after three years of dating, they tied the wedding knot in November 1993 in an intimate wedding. Together, they have a son named Jeff, born in 1995. 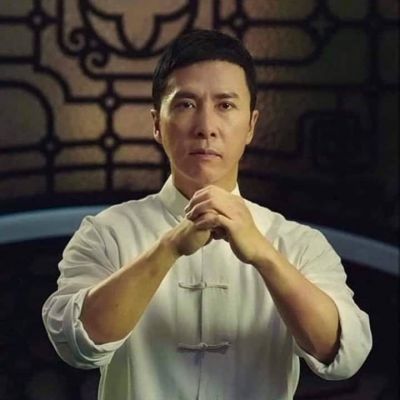 Who is Donnie Yen?

He is popular for bringing mixed martial arts (MMA) into mainstream Asian cinema in the early 2000s.

The name of his parents is Klyster Yen (father) and Bow-sim Mark (mother). His father worked as a newspaper editor whereas his mother is a Fu Style Wudangquan and Tai Chi grandmaster.

He has a younger sister named Chris Yen who is also a martial artist and actress. Donnie moved to Hong Kong when he was two years old and emigrated to the United States with his family at the age of 11.

During his rebellious teen years, he studied non-Chinese martial arts, including karate, tae kwon do, Wushu, and other martial arts. He also learned to play musical instruments including the piano and hip hop and break dancing.

At the age of 14, he dropped out of school to focus on wushu seriously. He spent his four years in a training program with the Beijing Wushu Team.

In 1984, Donnie made his first starring role in the Hong Kong martial arts action film, Drunken Tai Chi where he portrayed the role of Chan Chuen Chung. He then appeared in another action film, Tiger Cage alongside Simon Yam, Carol Cheng, Jacky Cheung, and Irene Wan.

Yen made his breakthrough role as General Nap-Ian in Once Upon a Time in China II in 1992. The following year, he starred in the film, Iron-Monkey.

In 1995, he starred in the television series Fist of Fury where he portrayed the role of Chen Zhen aired on ATV. Yen then reprised his role as Chen Zhen in the 2010 film, Legend of the Fist: The Return of Chen Zhen. He made cameo appearances in two Hollywood films Highlander: Endgame and Blade II. He is also the action choreographer of the film.

His other notable films are,

Donnie has won several awards throughout his career. Some of them are,

Donnie has managed to maintain a clean profile. To date, he hasn’t been part of any sorts of rumors and controversy that could hamper his personal and professional life.

As of 2022, Donnie has amassed an impressive amount of net worth of around $40 million throughout his multiple profession as an actor, martial artist, film director, producer, and action choreographer.

In 2013, Yen earned $28.4 million from four films and six advertisements. His salary, real estate, and other earning are still under review.

The actor stands at the height of 5 feet 8 inches tall and his weight is about 75 kg. Likewise, he has a black pair of eyes and as well black hair color.