Donovan Patton is a popular American actor, TV host, and singer. He is married.

Donovan Patton is currently married to his wife Jackie Patton. Unfortunately, Patton has revealed next to nothing about his wife and their marriage. As such, there is no information on when they started dating and when they got married. Despite this though, Patton has shared that he loves his wife dearly and that they have 2 children together.

He hasn’t shared anything about his previous relationships and girlfriends as of yet. 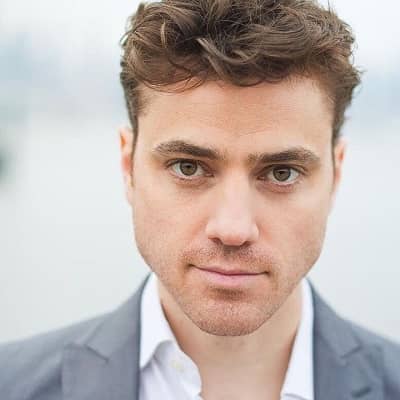 Who is Donovan Patton?

Donovan Patton is a popular American actor, TV host, and singer. He is best known for his role as the host of the popular children’s TV program, Blue’s Clues.

Aside from his roles in children’s TV, Patton has also appeared in films like Psycho Escort and Lies I Told My Little Sister.

Donovan Patton was born on the 1st of March, 1978 in Naval Air Station Agana, Guam, USA. As of now, his age is 43. His nationality is American and his ethnicity is Caucasian.

Unfortunately for Donovan, his parents got divorced when he was only 3. After this, he went on to live with his mother alongside his older brother Casey in Colorado. They later moved to L.A. when Donovan was 12. And growing up in L.A., he developed a passion for acting as well.

Talking about his education, Patton graduated from the Interlochen Arts Academy, Michigan in 1996. After this, he worked for some time while also attending acting classes in Manhattan.

Donovan started his acting career through theatre. At the start, he appeared in a number of Shakespeare plays such as Much Ado About Nothing and Romeo and Juliet.

Then, after a few years in theatres and in lesser-known TV series, Donovan got his big break. The break came unexpectedly as the host for Nickelodeon’s popular children’s shows Blue’s Clues.

The actor replaced Steve Burns on the popular children’s show as Joe in 2002. Steve even helped him prepare for the role and Donovan beat out over 1500 other participants who had auditioned for the show.

He was loved on the show and soon enough, Donovan became really popular as a household name. His great performance in the children’s show got him a lot of fans and a lot of love at the same time.

After this, he got roles in a number of other children’s shows like Team Umizoomi, Blue Bloods, and Clarence. Patton also tried acting more in more serious roles.

And he surprised a lot of people through great performances in movies like Lies I Told My Little Sister and Psycho Escort. On top of all this, Donovan has also voiced several characters in a number of video games.

And though he hasn’t voiced the major characters, his resume includes games like God of War, Halo 5, Lego Jurassic World, and Red Dead Redemption.

Patton was nominated for the 2005 Daytime Emmy Awards as the Outstanding Performer in a Children’s Series. And though he didn’t win this, he managed to win an award for Best Actor in 2014’s Lady Filmmakers film Festival. Patton won this thanks to his great performance in the movie Lies I Told My Little Sister.

Donovan has accumulated an impressive net worth of around 2 million USD as of 2022. He hasn’t shared any details regarding his annual salary though.

Patton stands at a height of 6 feet and his weight is roughly 75 kilograms. He is really handsome and has an attractive and athletic physique. His hair is brown and his eyes are hazel green in color.

Donovan Patton is active on social media. As of now, he has over 14k followers on his @probably_donovan_patton Instagram account. He doesn’t seem to be active on other social media platforms though.

Get to know more about the lives of Judah Bellamy and George Sear as well.