DopeIsland is one of the popular Vine personalities. DopeIsland's relationship status is single.

Previously, he has talked about his girlfriend and also often featured her in his videos, Although he hasn’t revealed their names. 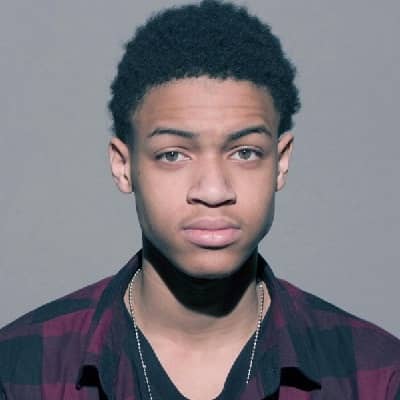 DopeIsland is one of the popular Vine personality. He gains popularity after joining the famous short-video hosting website called Vine.

DopeIsland was born on May 20, 1998, in Michigan, United States. His birth name is Angelo Zeigler.

His parent’s names are not revealed. Although he is close to his family members and has also featured them in his social media account.

He is of American nationality and African-American descent.

The information about his education is not available. However, he is a high school graduate and has even posted his graduation photos on his Instagram in Nov 2018.

Angelo used to watch other’s vine and soon started to post his own videos. His videos were loved by the audience and he gained popularity. His videos include various commentary on the current topics, his views on music, sports, and fashion trends.

Angelo has built a distinctive persona and style in his social media career. He is very inventive and vibrant in his expressions. Aside from music, sport, and fashion, he also includes the gameplay of today’s video games in his content.

Similarly, Angelo created his Youtube channel on Nov 1, 2014. He tends to include various comedic acts in his videos. “Pointless vine” was his first video uploaded on Jan 16, 2016. Likely, the most-watched video of his channel is, “Dope Island Vine Compilation ★ ALL VINES” with more than 2.3M views.

Besides it, he is also an actor. Angelo has appeared in “Camp Unplug”.

He also earns through some brand endorsements. Furthermore, he was even noticed driving different cars. And so Angelo must be having his luxurious lifestyle.

The star has not been part of any controversial news. Likewise, he has kept him away from any such rumors too.

DopeIsland stands with a height of 5 feet and 9 inches and weighs around 68 kg. He also has tattoos on his body.

Talking about his appearances, he has black colored hair and dark brown colored eyes.

Likely, his official TikTok account also holds K followers with more than M likes. Similarly, he has his own YouTube channel with 84K subscribers.

You may also read the bio of Hailey Orona, Peyton Jord, Ahmad Najya, and Rubee Lana.