Dorian Electra is an American singer as well as a songwriter. Dorian Electra's relationship status is possibly single.

Dorian Electra’s relationship status is possibly single. He has not shared the details of his girlfriend or affair with the public.

They announced themselves as queer and genderfluid. 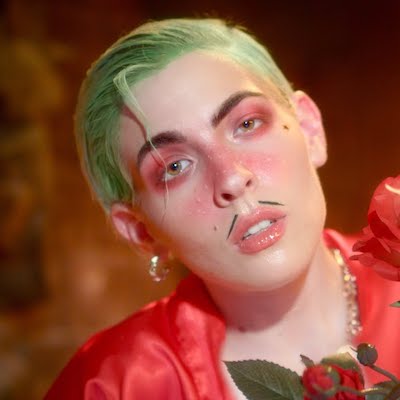 Who is Dorian Electra?

Dorian Electra is an American singer as well as a songwriter. They are mostly known for their albums such as Flamboyant, My Agenda, etc.

Their birthdate is 25 June 1992 and the place they were born is Houston, Texas, the US as Dorian Electra Fridkin Gomberg.

The name of their mother is Paula Fridkin and their father is Paul Gomberg. Their mom is a jewelry designer while their dad is a realtor.

Similarly, Dorian’s ancestry is Jewish and as per her academics, they first passed out from School of the Woods.

Dorian Electra is a popular musical artist who is United Talent Agency plus Earth Agency. In July 2019, they self-released their first album titled Flamboyant.

Then after a year in Oct, they gave their fans a second project named My Agenda. They also have one Instrumental album, Flamboyant Deluxe, and one demo album Flamboyant ~ Voice Memos.

According to the sources of 2022, they have a net worth of around $500k (estimated). The yearly salary received by them is under the rug.

This talented singer is keeping herself away from scandals as well as rumors.

Dorian Electra’s height is 5 ft 8 inches and their body weight is 65 kg. Furthermore, they have green eyes and have hair in light brown color.

They experiment their hair in colors like green, pink, purple, blue, etc.