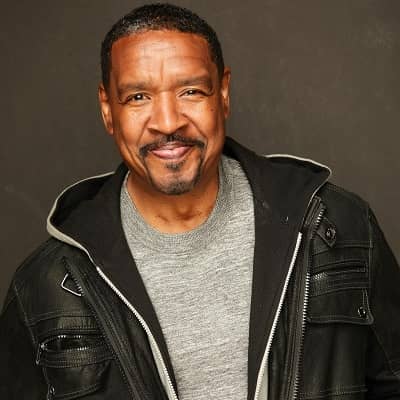 Still, we can’t be very sure of this as Dorien hasn’t revealed his relationship status to the public.

Before this, up until their divorce in 2018, Dorien was married to his wife, JoAnn Wilson. The two first met each other in the 6th grade and started dating from then.

Their relationship lasted among all odds and they finally got married in 1986. The couple also has two children, a daughter Sarita Wilson and a son Devin Wilson. Their divorce in 2018 was quite unexpected but the former couple is on really good terms with one another.

Who is Dorien Wilson?

Dorien Wilson is a popular American actor and producer. He is best known for his portrayal of Professor Steve Oglevee in the popular sitcom, The Parkers.

He has also appeared in small roles in Friends and Seinfeld, and more recently in 2021, he appeared in the TV series Just Roll with It.

Dorien Leon Wilson was born on the 5th of July, 1963 in Lompoc, California, USA. As of now, his age is 58. His nationality is American and his ethnicity is African American.

Dorien was born to his father Ernie Wilson and his mother Margaret Wilson. His father was a member of the US Air Force and after moving from place, they finally settled in Lompoc.

Dorien grew up here alongside his sister Savita Carothers and his late brother Jamont David Wilson, who passed away in 2015. Dorien developed an interest in acting during the time he was in high school. And due to his hard work to pursue this interest he has built a successful career around acting today.

Talking about his education, Wilson graduated from Lompoc High School. After this, he attended the Pacific Conservatory of the Performing Arts to polish his acting skills. Furthermore, he also attended the American Conservatory Theater in San Francisco.

At the start of his career, Dorien worked as a drama teacher. And during this time, he slowly began landing roles in small local production. Eventually, he landed his first major role in 1991 as the charismatic host Eddie Charles on Dream On.

He was a part of the show for 4 years during which he also appeared in small roles on other TV series. And though these roles were small, he did appear in really popular TV series such as Seinfeld and The Fresh Prince of Bel-Air.

Wilson also portrayed Chandler’s boss, Mr. Douglas, in a couple of episodes on Friends. Aside from these roles he frequently guest-starred in a lot of other TV shows during the 90s.

Then in 1999, Dorien landed a major role as Professor Stanley Oglevee in the popular sitcom The Parkers. He perfectly portrayed the professor and his character was loved by a lot of viewers.

And with 5 years on that show, Wilson became very popular among audiences and in the entertainment industry. He also started appearing in more movies since the 2000s. As of now, his notable works in film include House Party 4, You Got Served, King of Sorrow, and the recent Welcome Matt. The actor has appeared briefly on other popular TV series such as Grey’s Anatomy, That’s So Raven, and Just Roll with It among many others. In between these smaller roles, he also appeared as the main character Jay Weaver in the sitcom In the Cut.

Wilson won the 2004 Image Award as an Outstanding Supporting Actor in a Comedy Series for his role in The Parkers. The roles also got him two nominations in the same category for the 2002 and 2005 Image Awards and in the 2004 BET Comedy Awards.

Wilson has accumulated an impressive net worth of roughly 12 million USD as of 2021 from his acting career. He hasn’t shared any details regarding his annual salary though.

Dorien stands at a height of 6 feet 2 inches. He hasn’t revealed his exact weight as of now. He is quite handsome even at his age and has maintained a fit and attractive physique. His hair is black and his eyes are brown in color.

Dorien Wilson is active and popular on social media. He is only active on Instagram currently where he has over 91k followers on his @dorienwilson_ account.

Get to know more about the lives of Brande Roderick and Shar Jackson as well.

Adrian Zmed
Tags : American Actor In the Cut The Parkers