Skip to content
Married Biography
Married Biography / Entertainment / Doris Burke a Divorcee! All about her Married Life and Life after That...Are Doris and Drake Starting Something New?? See their little Flirting!!

Doris Burke a Divorcee! All about her Married Life and Life after That…Are Doris and Drake Starting Something New?? See their little Flirting!!

Doris Burke is a color analyst and sports reporter for ESPN. She was a former player but later took into the lines of reporting. She has made many histories and is known for her passion and hard work.

Let’s find out all about her story!

Doris Burke was in a love affair with Gregg Burke, a TV personality in the early 1980s. After being in the relationship for a long time, the couple decided to get married in 1989.

After four years of marriage, she gave birth to her first child in 1993. In 1995, she became a mother for the second time. The couple got divorced a few years ago and the reason for the divorce is still a secret. Nowadays, she is a single woman and she is focusing on her work.

Doris had been married to Gregg Burke. Her husband first saw her playing. He was at that time the sports information director for a women’s team. He said that she played aggressively, like a man.

When the ball was not in her hand, she wanted it. They started to spend a lot of time together and one night Doris asked Gregg he’d like her to take him out for a beer.

“let the record be, she asked me out first.”

Though she had the first advance, Gregg was the one who proposed, sitting on one knee on the Cliff Walk on Valentine’s Day, in 1990. They got married soon after and had their first daughter in 1992.

Doris stopped her basketball game and started being a full-time mother. However, Gregg, believing that her talents and passion for the sport should not go to waste, he had an idea that she should broadcast the games.

When Gregg was once hit by a ball on his head and there wasn’t any substitute for reporting the game, she took up the role without any knowledge about the match and achieved success with her knowledge about basketball. The first attempt had a major positive moralizing effect and soon she started to do reporting, professionally.

In many interviews, she has credited her husband for her new career.  In one recent interview, in particular, she was asked what the original plan was before she got into the broadcasting business.

Gregg also had said that he was amazed by how his wife was able to perform even from the very first time without knowing anything about the game.

And truly, for those who are old enough to remember Doris’ first broadcast, you have to admit that it was surprisingly successful for a beginner.

A few years down the line, things changed and the couple got divorced. The main reason for divorce was not announced in any report. The settlement and the custody of the kids were kept a secret. No internet page or other media possesses information about the separation.

You may like to read Sophia Minnaert – the hardworking and determined reporter and sideline reporter for Fox Sports!

The news blew up when Drake said that he had a big crush on Doris on national television. The Canadian rapper showed up to the Toronto Raptors home game against the Golden State Warriors Wednesday sporting a “Woman Crush Everyday” shirt with ESPN commentator Doris Burke’s face on it.

The “Hotline Bling” artist admitted his love for the 50-year-old NBA analyst in a courtside interview.

“I think she’s a stunning woman — incredible at what she does,”

“I wish she was here tonight, but sending all my love to her … blowing a lot of kisses. Dinner at my house anytime as long as she comes alone.”

“Dinner is on” with a heart emoji.

@Drake dinner is on ❤️️

It’s not the first time the 30-year-old rapper, born Aubrey Drake Graham, has publicly displayed his affection for Doris Burke Earlier this year, Burke had revealed in an interview with New York Magazine that Drake made a heart sign and pointed at her during a game.

“I just could not believe this happened. Drake turned around—my seat at game six was right behind him—makes a heart shape [with his hands] and points at me. I’m looking around behind me to see who’s there, turn back to him and then he points and he does it again. I texted my daughter and said, ‘You need to know Drake just did this to me.’”

Also read ESPN sports reporter Wendi Nix has been posting Strange post about Husband although she is a Divorcee! Has She Married again? 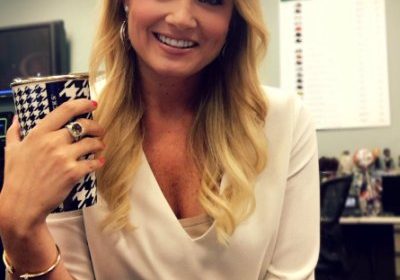 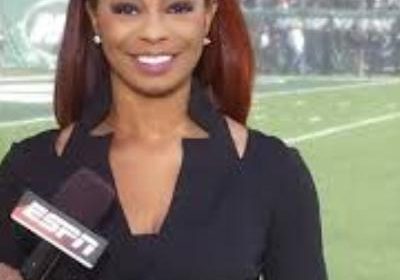