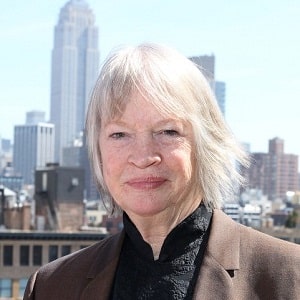 Dorothy Lyman is currently single. She was previously married to John Tillinger on December 1, 1971, and the couple welcomed two children. The couple could not hold the relationship and end with divorce in 1983.

Later on February 8, 1987, she married Vincent Malle and they also welcomed a child, however, the pair also end their relationship with divorce on August 12, 2001.

Who is Dorothy Lyman?

Dorothy Lyman is an American television actress, producer, and director. She is best known for her role as Gwen Frame in ‘Another World’ and as Opal Sue Gardner in ‘All My Children’.

Dorothy was born on April 18, 1947, in Minneapolis, Minnesota, USA. She is currently 71 years old. Her father’s name is Hector H. Lyman(stockbroker) and her mother’s name is Violet E.

Dorothy holds American citizenship but her ethnicity is unknown.

Talking about her education history, she has not revealed her institution’s names however it is known that she and Jill Larson attended the same high school.

She began appearing as an actress from the soap opera ‘A World Apart’ as flower child Julie Stark in 1971. Then, she appeared as Elly Jo Jamison on ‘The Edge of Night’.

She portrayed the role of architect Gwen Parrish Frame on ‘Another World’, as Ralphie’s mother in ‘Ollie Hopnoodle’s Haven of Bliss’ in 1988, as Bonnie Roberts in ‘The Bold and the Beautiful’ from 1991 to 1992.

She made her breakthrough from the role of Opal Sue Gardner on ‘All My Children’  and appeared concurrently in ‘Mama’s Family’. After that, she began producing and directing total episodes of ‘The Nanny’. She made her guest appearance as Reba Hart’s mother in ‘Reba’.

Dorothy Lyman has an estimated net worth of around $6 million and she has earned that sum of money from her professional career.

The multi-talented actress has been successful in maintaining her celebrity status. She has not been involved in any types of rumors and controversies in her career.

Dorothy Lyman has light brown eyes and blonde hair. But, other information regarding Lyman’s height, weight, body measurement, etc. are not available.

Dorothy Lyman has around 602 followers on Instagram, but she does not seem to be active on Facebook and Twiter.