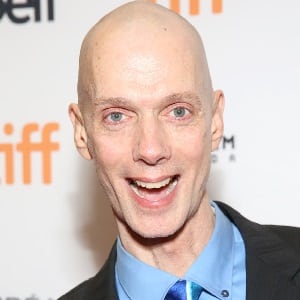 Do not be afraid, ever, of approaching the talent you want in your film. Because actors at any level want to be in front of the camera, that's what we're built to do. Actors want to act. So, if we're free, we have the time, and you have a project that is a role that we haven't played before, or it's written in a witty way, or tells a story that we want to be a part of, we'll do it! And the best thing is to have your pitch. If you have no money but you've got a lot of heart, pitch the hell out of it! And, if you have a good story in your head, don't let it get over-processed by too many decision makers. Now, of course, that's what the studio system is all about [laughs], but do your darndest to stay true to your vision. (Advice for budding Indie film makers)

[2011, on Legion (2010)] The director, Scott Stewart, came looking for me to do this cameo as "the ice cream man" in Legion. And even if you didn't see the movie, you saw me all over the advertising for it, I stepped out of an ice cream truck and my jaw dropped down to my chin, and my arms grew, and legs grew. But the scene starts with me looking like Doug Jones. And Scott Stewart, the director, said he wanted to give my fan base a little treat of them seeing me in a big effects-driven movie without makeup on for my introduction. Directors like that have been doing it more and more over the last couple of years.

[2011, on The Newlydeads (1988)] That was a straight-to-VHS feature film that was made for about $1.75. It was a story of a newlywed honeymoon resort that was haunted by a transvestite zombie that was killing people. I was one of the first young husbands to bite the bullet. I got killed gruesomely with a curtain rod through the back of my head. Very proud of myself. My mom loves that movie-I'm kidding.

What is the relationship of Doug Jones?

Doug Jones is a married man. He is married to Laurie Jones. The pair married on 14 April 1984. They do not have any children from this marriage. Furthermore, the marriage is going strong as there is no news regarding any extramarital affairs at present.

Who is Doug Jones?

Doug Jones is an American actor, contortionist, and mime. People mostly know him for his roles in movies including ‘Hellboy’, ‘Pan’s Labyrinth’, and ‘The Shape of Water’ among others. Additionally, Doug Jones has been a series regular on ‘Star Trek: Discovery.’

Jones was born in Indianapolis, Indiana on May 24, 1960. He was born to parents Gordon and Gloria Jones. Doug was born the youngest of four brothers. He developed a keen interest in acting and mining as a child. He is of American nationality. Furthermore, there are no details available about his ethnic background at present.

Jones initially began his career as a television advertisement character of the 1980s, ‘Mac Tonight.’ In addition, in 1988, Doug appeared as Tim in the movie ‘The Newlydeads.’ During the early 90s, Jones had roles in movies and television series including ‘Night Angel’, ‘In Living Color, ‘Batman Returns, ‘Hocus Pocus’, and ‘Tales from the Crypt’ among others. Since then, he has appeared in several other movies and television series. At present, he has more than 150 credits as an actor.

Jones garnered the Saturn Award nomination in 2018 for his performance in ‘Star Trek: Discovery.’ Additionally, he won the Special Honorary Award (in Austin Film Critics Association) in 2017. Furthermore, he has also received the ACCA and GenreBlast Film Festival Award nominations.

Jones has not revealed his current salary. However, he has an estimated net worth of around $ 2 million as of 2022.

Jones has not been part of any notable controversies in his career. Furthermore, at present, there are no rumors concerning his life and career.

Talking about his body measurement, Jones has a height of 6 feet 3½ inches (1.92 m). Additionally, his hair color is light brown and his eye color is blue.