Doug Liman at the present time is possibly single. He has not revealed his affair or girlfriend. Also, it is unknown to the public whether he is married or not. 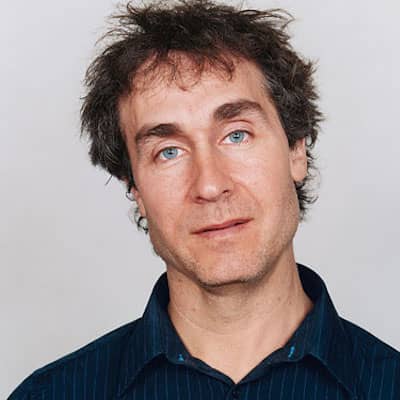 I don't really analyze my process. I do know that if it's not right, I won't move on. I'm tenacious to a fault about that.

Paris is very close to my heart. It's the most beautiful city in the world, but on Edge of Tomorrow (2014) I got to showcase it in a completely different light.

Edge of Tomorrow (2014) was such an ambitious movie and a personal one. It was a labor of love for us all.

Who is Doug Liman?

He announced that he will be the producer of Live Die Repeat and Repeat, Luna Park, and The Year of the Great Storm. For his work in Edge of Tomorrow in 2014, he was nominated by Saturn Award for Best Director.

Moreover, he got nominations in Independent Spirit Award for the movie Go (1999).

His birth year is 1965 and the date he celebrates his birthday is July 24. He was born in New York, New York, the United States as Douglas Eric Liman. The name of his mother was Ellen Liman (painter/writer) and his father’s identity was Arthur L. Liman (lawyer).

Further, Doug’s ancestry is Jewish, and has a brother named Lewis Liman plus a sister Emily Liman.

As per his academics, he enrolled at the International Center of Photography and attended Brown University.

After this, he went to the University of Southern California.

Doug Liman from his academic days was interested in direction. While being in the University, he released his first film of comedy genre named Getting In (1993).

His directed big-screen projects are Locked Down, The Phantom, Chaos Walking, Jumper, Getting In, Mr. & Mrs. Smith, etc.

The list of movies that he directed as well as produced are,

Doug also involved himself in TV with shows named Heist, Covert Affairs, I Just Want My Pants Back, Suits, Captive, Impulse, and more.

By the sources of 2022, his net worth is estimated at $50 million. The yearly salary that Doug charges are under the rug.

The director of the film Edge of Tomorrow, Doug is keeping himself away from scandals as well as rumors.

Doug Liman’s tall build body is of height is 6 ft 2 inches and his body weight 78 kg. Adding some more, he has blue eyes with light brown hair.

Baby no 2. on the way of Erik von Detten and Angela Chen! Know about their married life, net worth and more…