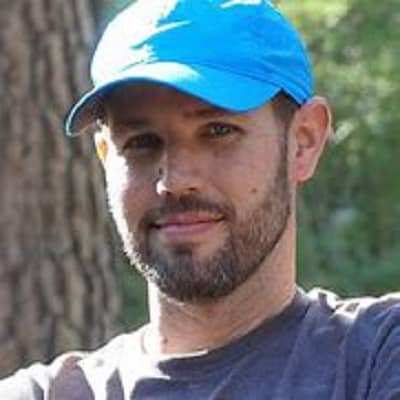 While exploring his relationship, he is a blissfully married man. He married his wife Lydia McLaughlin who is a Canadian American businesswoman on 30 April 2006.

Throughout their married life, the couples were blessed with three children: sons, Stirling McLaughlin, Maverick McLaughlin, and roman Scott McLaughlin.

Who is Doug McLaughlin?

Doug McLaughlin is a successful entrepreneur. Further, he is a Laguna Beach-based web designer and art gallery owner.

Additionally, he is famous for being the CEO and Editor-in-Chief of Nobleman Magazine.

The 41 years old businessman holds an American nationality. He belongs to the Caucasian ethnicity.

He hasn’t revealed any facts related to his parents and his education too.

Initially, he is recognized for turned out to be at Beverly Hills Lifestyle Magazine prior to founding his own. He is a business executive who is familiar with being the CEO and Editor-in-Chief of Nobleman Magazine.

Apart from that, he is a part-owner of Skylab Media Group and Skylab Modern Art gallery which is located at Laguna Beach.

Moreover, he accompanied the event named Red Carpet Rolls Royce. He attended that event for the premiere of the live performances on Instagram in August of 2018.

Some kinds of rumors were created by his Wife’s former co-star, Tamra Judge. During the interview, Tamra said that Dough has to be exposed and he has to admit that he was gay. Fans were distressed when they heard those comments from Tamra. However, fans responded very fast but his wife has yet to respond.

After further research, it came to know that Tamra was just spreading rumors about Dough McLaughlin for jokes. Regardless that it was a bad rumor and the comment is hurtful.

He became a successful businessman with the support of his wife’s decision to rejoin the series of The Real Housewives of Orange County. He has an estimated cool net worth of $15 Million.

He has fair skin with hazel grey eyes. His hair is brown in color. However, his height and weight are unknown.

Lydia and Doug McLaughlin are remarried….for the fourth time in Aruba!