Doug Stanhope is a comedian, author, actor, and podcast host. He was in ‘Roseanne’, ‘Punching Henry’, ‘Louie’, and 24 Hours in Hotel Hell.’

Doug Stanhope was previously in a relationship with Renee Morrison. The pair also staged a marriage ceremony in Las Vegas. Additionally, he also dated comedian and former attorney Betsy Wise for around 18 months.

Currently, Stanhope is a married man. He is married to Amy Bingaman. The pair married on 26 March 2002. Their marriage is going strong as there is no news regarding any extramarital affairs at present. 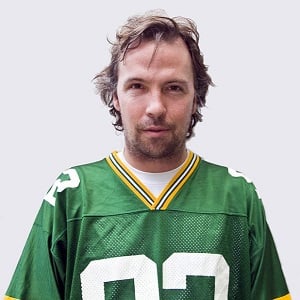 Coward is the most misused word in our society.

It's our flaws who make us who we are.

Rooting for the Yankees is like going to a casino and cheering for the house.

I'm Doug Stanhope and that's why I drink.

Sometimes I watch TV just to hate what I'm watching.

Who is Doug Stanhope?

Doug Stanhope is an American stand-up comedian, author, actor, and podcast host. He has appeared in several movies and television series to date like ‘Roseanne’, ‘Punching Henry’, ‘Louie’, and 24 Hours in Hotel Hell.’ Additionally, he has authored three books including ‘Digging Up Mother: A Love Story’

Doug Stanhope was born as Douglas Gene Stanhope in Worcester, Massachusetts on March 25, 1967. He was born to parents Russ Stanhope and Bonnie Stanhope. His mother was a waitress and his father was head of science at Stanhope’s school. Additionally, he has an elder brother, Jeff. He developed a keen interest in comedy as a child. He is of American nationality. Furthermore, there are no details available about his ethnic background at present.

Talking about his education, Stanhope left school when he was fifteen years old.

Doug Stanhope began his career in stand-up comedy at age 23. Additionally, after moving to Las Vegas and then to Los Angeles, he did his first routine at an open mic night at a local bar. Later, he landed a gig as a house MC. Doug won the San Francisco International Comedy Competition in a three-week contest. Since then, he has several credits as a writer, actor, and producer. In 2001, he was the writer for an episode of the TV series ‘Late Friday.’

Some movies and television series that Stanhope has appeared in are ‘Roseanne’, ‘Punching Henry’, ‘Aqua Teen Hunger Force’, ‘Louie’, ‘Spy TV’, ‘Memphis Bound… and Gagged’, and ‘24 Hours in Hotel Hell.’ In addition, he has worked as a writer for television series including ‘This Is Not Happening’, ‘Comedy Lab’, ‘Comedy Factory’, ‘The Man Show’, and ‘Invasion of the Hidden Cameras’ among others.  Furthermore, he also has four credits as a producer. Apart from his career in the show business, Stanhope is also an active political activist. He endorsed the Free State Project in 2004. Doug has authored three books namely: ‘Fun with Pedophiles: The Best of Baiting’, ‘Digging Up Mother: A Love Story’, and This Is Not Fame: A “From What I Re-Memoir”.’

Stanhope garnered the Gold Derby TV Award nomination in 2012 for his performance in ‘Louie.’

Doug Stanhope has not revealed his current salary. However, he has an estimated net worth of around $ 1.5 million as of 2022.

Several of Stanhope’s jokes has landed him in numerous controversial situations over the years. Additionally, his heavy alcohol consumption has also been criticized several times. At present, there are no rumors concerning Stanhope and his career.

Talking about his body measurement, Stanhope has a height of 5 feet 7 inches (1.7 m). Additionally, his hair color and eye color is dark brown.