Douglas Henshall is a Scottish stage, film, and television actor. He is married to Tena Štivičić and is the father of one kid.

Douglas Henshall is a married man. He exchanged his vows with Croatian playwright Tena Štivičić in February 2010, in Las Vegas.

This couple together has a daughter named Anja Grace, born in 2015. 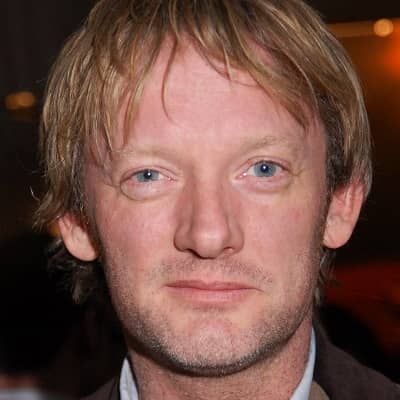 When I come home, thankfully I get to see her at the tail end of her day — help bath her or whatever — and so that kind of takes your mind off things.

Who is Douglas Henshall?

Douglas Henshall is a Scottish stage, film, and television actor. He is best known as Professor Nick Cutter in the BBC’s series Shetland.

This actor was born on 19 November 1965, in Glasglow, the United Kingdom, with a birth name Douglas James Henshall. His father was a salesman, and his mother was a nurse. He has two older sisters.

Douglas attended Barrhead High School, and later graduated from the Mountview Academy of Theatre Arts. He belongs to English descent.

Douglas Henshall was a student at the Scottish Youth Theatre. After graduation, he joined the 7:48 theatre company. He did theatre play like Life of Stuff, and American Buffalo in his early years.

Douglas made his television debut in the 1989 television series The Bill. Afterward, he made his appearances in Crossing the Line, Taggart, Jute City, Van der Valk, and Firm Friends.

In 1993, he played Corporal Berry in the television series Lipstick on Your Collar, from which he gained huge popularity. Between 1992-1996, Henshall played T.E. Lawrence in a recurring role in Young Indiana Jones.

His most successful roles in movies include Angels and Insects, Orphans, Sharpe’s Justice, and The Man with Rain in His Shoes. In 1999, he starred in Kid in the Corner, and Psychos. In 2000, he won a gold nymph as best actor in a mini-series at the Monte-Carlo TV Festival for Kid in the Corner.

Later, his other works on acting include The Eagle, Lewis, Playhouse Presents, Doors Open, The Salvation, Outlander, Iona, Black Work, and In Plain Sight. Since 2013, Henshall is playing DI Jimmy Perez in the crime drama television series Shetland.

Earlier, in 2006, he worked as the voice artist for Free Jimmy.

Douglas Henshall: Salary and Net Worth

The salary of this artist is under review. Meanwhile, according to some sources, Douglas has an estimated net worth of $8 million as of 2022.

There is no scandal and rumor about this artist. Meanwhile, Douglas has managed to keep himself out of any rumor and controversy. He is doing great in his career.

Douglas Henshall is 5 feet 11 inches tall ad weighs 73 kg. Similarly, he has blonde hair and hazel blue eyes. His shoe size is 11 US.