Posted by MarriedBiography Posted on December 13, 2020 | In Dating , Relationship
Share this

It was a happy four years of relationship for actress Dove Cameron and her boyfriend, Thomas Doherty. But it has now ended. The couple has split and is no more together. Dove announced this sad news on her Instagram and Twitter handle with her fans.

The beautiful actress, Dove Cameron has broken up with her boyfriend, Thomas Doherty whom she had praised at the start of this year. But by the year-end, it has all fizzled out. She will be spending the Christmas without Thomas now. Dove posted the sad announcement of the split on her Instagram account and also on her Twitter handle for her fans. On Saturday 12 December 2020, Dove wrote:

“Hi all. We know there have been some rumours and confusion lately about the status of our relationship and we wanted to set the record straight.”

“In October, Thomas and I decided to part ways,”

The star of Liv and Maddie continued:

“The decision was incredibly difficult, but we still have love for each other, and will remain friends.

“Thank you for allowing us our privacy in this time,”

Dove and Thomas had acted together in the film The Descendants in 2016. It was on the sets of this movie that the two met and became friends. Soon, they began dating and went public about their relationship in February 2017.

Everything seemed to be going well between the two but now comes this sad news of their separation. The fans of the two are stunned and disturbed by the split. Dove is an Emmy award-winning actress and famous for her role in Disney Channel’s Liv and Maddie. She seems to be now focused on her work since she also wrote about her new work and thanked her fans for their support in it. She wrote 1 day back:

“big feelings. thank you all so much for the lovely reactions and the support on the We Belong video. 1m views and nearly 20m streams. i am constantly humbled and perplexed by your support for me and my work. i love you.”

Dove and her past relationships

The gorgeous actress was dating actor Ryan McCartan prior to starting a relationship with Thomas Doherty. They started a romantic involvement in 2013 and in 2016, Ryan proposed to Dove and she accepted his wedding proposal.

Click the link here to read more on Ex-Fiance Ryan McCartan Accused Dove Cameron Of Cheating; She Praises Her Current Boyfriend Thomas Doherty Amid The Drama!

But then, after that, something went wrong and Dove and Ryan called off their engagement. This was less than 6 months after Ryan went down on one knee and asked for her hand in marriage. The couple never reunited after that.

Dove’s close friend and co-star Cameron Boyce expired last year and Dove revealed that she was overcome with shock and great grief on learning of the death.

Click to read on Disney actor Cameron Boyce is dead in sleep at age 20 due to seizure secondary to an ongoing under-treatment medical condition!

The complete bio of Dove Cameron is here to read! 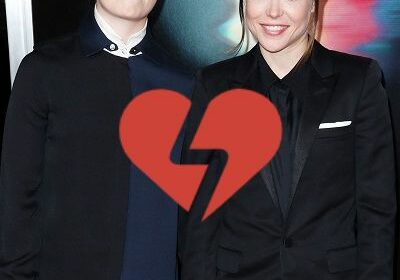