Dr. Dre started dating Cassandra Joy Green in 1980. The couple stayed together for almost 3 years before they split up in 1983. Andre and Green have one son Curtis, who is also a rapper and he’s known by the nickname “Hood Surgeon.”

Dre started dating an American singer Michel’ le Toussaint. They had been in a relationship for 6 years, but eventually, they broke up in 1996. Likewise, Dre has one son with Michel’ le, and his name is Marcel (born 1991).

Dr. Dre is married to Nicole Young, who is the ex-wife of the NBA player Sedale Threatt. They both started dating back in 1996, and briefly after that, in May, they got married.

The couple has two children with Nicole, one daughter Truly(born in 2011) and one son Truth (born in 1997).

But this couple has divorced for separation in June 2020. Recently, Dre won the legal battle and won’t have to pay any amount to Nicole. 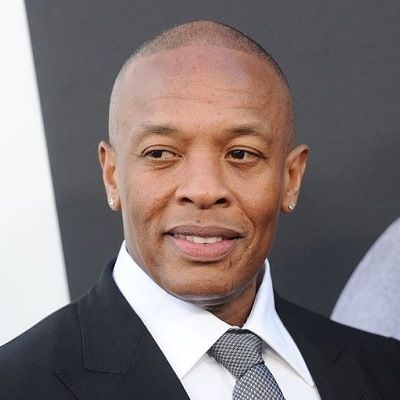 I got Ice Cube his start. I also launched Eazy-E. There ain't no question that NWA became what it was in large part because of my music and my producing. Me and Eazy had agreed from Jump Street that we was to be partners. Now Eazy says he's the owner of the record company, Ruthless. Well, let him own it then. But I was never supposed to be signed to him or owned by him.

Black women are the strongest, most hardworking people on earth. The shit I talk on records about black women is just that: shit.

When I think of the future, I think a lot of Quincy Jones and how he is an inspiration. Look at the quality of his work over so many years. He didn't even make his best record, 'Thriller,' until he was 50. That gives me something to look forward to. Nothing pulls you back into the studio more than the belief that your best record is still ahead.

Dre is a popular American rapper, record producer, and entrepreneur. Likely, he is also the founder and CEO of Aftermath Entertainment and Beats Electronics, and was previously co-owner of Death Row Records.

Talking about his profession his initial stint with music was as a DJ in the local club, The Eve After Dark. It was during this time that he took up the moniker Dr. Dre that has lived with him all through. In the year 1984, Dre began his musical career as a member of the musical group, World Class Weckin’ Cru.

During 1986, he along with Eazy-E, Ice Cube and DJ Yella formed the local gangsta rap group N.W.A. (Niggaz for Life). N.W.A worked on the themes of urban crime and gang lifestyle.

In the year 1991, he co-founded Death Row Records with Sue Knight. Likewise, in 1992, he released his first single, which served as the title track for the film ‘Deep Cover’.

Similarly, in 1993, Dre made the big leap of his career with his maiden album, ‘The Chronic’. It’s singles, ‘Nuthin’ but a ‘G’ Thang’, ‘Let Me Ride’, ‘Fuck with Dre Day’ created a revolution in the music industry, making the album a cultural phenomenon. In fact, the album with its G-funk sound dominated the hip hop music for the early 1990s.

In November 1996, his album ‘Dr. Dre Presents the Aftermath’ was released. It featured songs by Aftermath artists and a solo by Dre, ‘Been There, Done That’. The single was a rejection of the highly publicized West Coast–East Coast hip-hop feud and served as the farewell to gangsta rap.

During 1999, Dre produced three songs on Eminem’s debut album, ‘The Slim Shady LP’. Taking the success story forward was Dr. Dre’s second solo album, ‘2001’, which marked his grandiose return to gangsta rap. The album became a huge hit. Following the success of ‘2001’, he started producing songs and albums by other artists, including Eminem, The D.O.C, and so on.

In the year 2001, he hired R&B singer, Truth Hurts to Aftermath.
Likewise, in 2003, he produced the debut smash hit by 50 Cent, ‘Get Rich or Die Tryin’. Along with Eminem’s boutique label Shady and Interscope, he co-produced four tracks from the album, including the hit single, ‘In Da Club’.

He followed this up by producing several tracks for rap albums by various singers including Young Buck, 50 Cent, Snoop Dogg, and Jay Z. Therefore, Dre has been featured in a number of movies, his debut appearance being for ‘Set It Off’ in 1996. He followed this up with ‘The Wash’ and ‘Training Day’. He also made guest appearances in music videos.

He won Best Rap Performance by a Duo or Group at Grammy Awards, he won Best Soundtrack: Feature for Uprising: Hip Hop and the LA Riots (2012) at Maverick Movie Award.

There was a rumor that Dre is gay. He was also charged with violence with women and battery.

Recently, his divorce from Nicole has attracted lots of attention.

He has a height of 6 feet 1 inch and he weighs is 108Kg. His body specifications like chest, arms, and waist measurements aren’t known.

Dre’s hair color is black and his eyes color is dark brown. Furthermore, his dress size is unknown and his shoe size is 10.5 (US).

What happened to Dr. Dre?

He was suffered from a brain aneurysm.

Is Dre Dead or Alive?

The rumors of him about being dead are false.
Lauryn Hill