Posted by MarriedBiography Posted on June 15, 2020 | In Divorce , Relationship
Share this 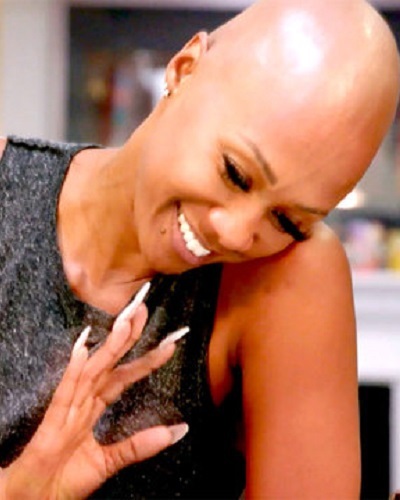 This season, Married to Medicine Los Angeles show star Dr. Imani Walker has been not disclosing much about her married life with her husband Phil Johnson. But her fellow cast members suspected that all was not well in her married life. And now, Dr. Imani has opened up about her relationship with Phil.

The reality TV actress on the show Married to Medicine Los Angeles, Dr. Imani Walker has been rather secretive about her relationship with her husband Phil Johnson. During this season and over the last three months, Phil and Imani are staying separately. Phil supposedly is in Oklahoma to launch a cannabis dispensary business there.

Imani talks about her marriage

Dr. Imani was on the 14 June 2020 episode of Married to Medicine Los Angeles show. She spoke on it heart-to-heart with Dr. Britten Cole. She said:

“Phil and I, I always consider him to be my best friend, like absolutely, which is what you typically consider when you’re married to anybody. But I’ve got issues with abandonment, and Phil, he doesn’t want to spend time with me. I’m not going to beg anybody, including my husband, to spend time with me. Either you want to, because you’re in love with me, or you don’t.”

Talking about her major decision related to her marriage, Imani became emotional and said:

“I can’t keep putting upfronts and facades all the time. So I’m the one who initiated all of this. I was like, ‘I want to get a divorce.'”

Imani in New Orleans and her FaceTime chat with Phil

In the same episode of the show, Imani was in New Orleans at her Alma Mater  Xavier University of Louisiana with Dr. Britten and Dr. Contessa Metcalfe. And during this time, she also had a FaceTime chat with her husband. Phil told her that it would be a few weeks more and only after that, he will be able to come down to LA. An agitated Imani told on the episode:

“What am I doing? Am I wasting my time? Is this really what marriage is supposed to be about?”

Phil is actually too much into his work and new business venture. Imani told Dr. Britten and Contessa:

“The other day, I’m like, ‘When you were in L.A., you were here, but you really weren’t here,’ because he was devoting so much time to his business. I would just like for him to be able to acknowledge that we have to do the work and not be like, ‘Oh, we’re going to do it,’ and then there’s a game or his friend is in town. I’m not begging nobody, not even my husband, for their time.”

It seems to be busy schedules and lack of time for each other that is taking its toll on the personal life of the couple!

Also, read The romantic link-ups of Princess Diana during her marriage to and after her divorce with Prince Charles!

What is the reason of the baldness of Dr. Imani Walker? Is it genetics, cancer, or personal choice?
Tags : Married to Medicine Los Angeles reality TV star TV Actress