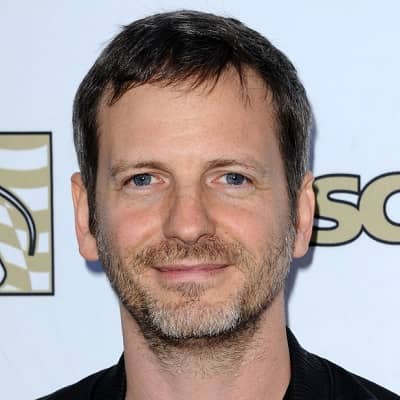 Dr. Luke is in a long-term relationship with yoga instructor Jessica James. Also, the couple has two children a son and a daughter. Further, there is not much information available regarding her personal life. He keeps quite a low-key profile.

Dr. Luke is an American Grammy-nominated producer, singer, and songwriter. He came into prominence after producing Kelly Clarkson‘s single “Since U Been Gone” along with record producer Max Martin in 2014.

Luke is the founder of the record label Kemosabe Records, founded in 2011.

Dr. Luke’s real name is Lukasz Sebastian Gottwald. He was born in Providence, Rhode Island, the U.S. on the 26th of September 1973.

The name of his parents is Janusz Jery Gottwald (father) and Laura Gottwald (mother). His father was an architect whereas his mother was an Interior Designer by profession. He has also a sister named Vezna Gottwald (Older sister).

He initially wanted to be a drummer but his parents refused to allow a drum kit in the house. Afterward, he started to practices his sister’s guitar. He enrolled at the Manhattan School of Music for two years.

Luke holds an American nationality and belongs to mixed (Jewish and Polish) ethnicity.

Dr. Luke made his first appearance on the NBC television program, Saturday Night Live Band as the lead guitarist from 1997 until 2007. During the time, he produced tracks and remixes for various artists such as Arrested Development, Nappy Roots, and more. He also released his own music, 12″ single “Wet Lapse”, under the name Kasz with Rawkus Records.

Luke owns two publishing companies called Prescription Songs and Kasz Money Publishing. Similarly, he is the co-producer and co-writer of the Kelly Clarkson Hot 100 number two songs “Since U Been Gone” and “Behind These Hazel Eyes”. Moreover, some of the major hits that he produced include “Who Knew” (2006), “Girlfriend” (2007), “I Kissed a Girl” (2008), Hot Pink (2019), and more.

Dr. Luke was accused of sexual assault and battery as well as other charges by singer Kesha in October 2014. Prior to that, Kesha’s mother, Pene Sebert made allegations to him for Kesha to lose weight. As a result, she was also admitted to a rehab center for an eating disorder, bulimia nervosa.

Also, Kesh filed for an injunction to be released from her contractual obligation to work with Dr. Luke but, it was denied on February 19, 2016.

Dr. Luke has earned amassed amount of fortune from his successful multiple profession as a producer, songwriter. As of 2021, he has an estimated net worth of around $150 million. Further, his salary, real estate, and other earnings are still under review.

The producer has an impressive height of 5 feet 11inches and weighs about 74 kg. Likewise, he has brown hair color and blue pair of eyes.