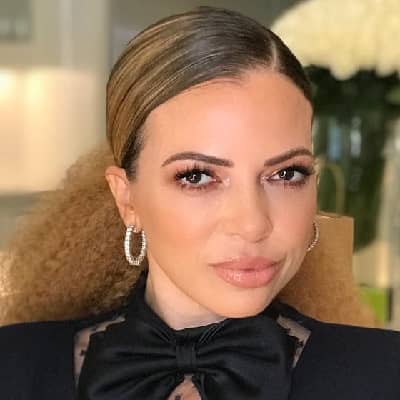 Although the couple faced certain rough phases in their relationship as of now, they are together and have been raising peacefully their children together.

Who is Dr. Rainbow Edwards-Barris?

Dr. Rainbow Edwards-Barris is an author and anesthesiologist by profession. Also, she is a philanthropist and a motivational speaker. She is best known for being the wife of the show’s executive producer Kenya Barris.

Dr. Rainbow Edwards-Barris was born on August 18, 1975, as Rania “Rainbow” Edwards. She hails from Los Angeles, California, United States. She holds an American nationality and belongs to biracial ethnicity (Afro-American).

Rainbow grew up in a large blended family and she is the middle of five children. However, she hasn’t yet disclosed her family member’s identities in the media.

Rainbow completed her secondary schooling at Immaculate Heart High School. Later, she joined Clark Atlanta University from where she graduated in the year 1996 with a B.S. in biology. She asserted that she was the first in her family to go to college.

Afterward, she received her medical degree from the David Geffen School of Medicine at UCLA. Then, she went on to complete her residency at Cedars-Sinai. She has a license to practice in California and is board certified by the American Board of Anesthesiology.

Dr. Rainbow Edwards initially worked professionally in the medical line before her marriage with Barris. She has about 11-20 years of experience in the medical field and served as an anesthesiologist in West Hollywood, California over a decade. Besides, she is an author who has written a book named “Keeping Up With the Johnsons: Bow’s Guide to Black-ish Parenting” published on May 8, 2018.

Her book is all about specific experiences, incidents, trips, and conversations between her and her family. Her personality has been featured on his husband’s series, Black-ish aired on ABC. One of the show’s main characters, Rainbow Johnson, played by award-winning actress Tracee Ellis Ross which is based on the real-life of Dr. Rania “Rainbow” Edwards-Barris.

Similarly, Rainbow pledged $1 million to her alma mater, Clark Atlanta University alongside her husband in the year 2018.

Rainbow’s personal life has been tremendously creating headlines in the media rather than others. In 2019, Kenya filed for divorce with the demand for joint custody of his six children.

Despite filing for divorce, the couple has decided to give their marriage another chance and on May 15, 2020, Kenya filed for a dismissal asking the court to throw out his petition and keep him legally married.

In fact, it’s not the first time Rainbow got separated from her husband back in 2014, Rainbow petitioned for a divorce but withdrew her request after they reconciled a year later.

Rainbow has accumulated a fair amount of fortune through her multiple careers. She is living a lavish lifestyle with her husband and children in a Barris’ new 6,500-square-foot, five-bedroom house on Toluca Lake Home. Recently, the couple brought the house for $7.25 million.

Furthermore, the couple still owns at least three other multimillion-dollar homes across the San Fernando Valley: a 4,500-square-foot home in Encino they bought in the fall of 2017 for close to $2.95 million. Similarly, a 9,600-square-foot contemporary, also in Encino, acquired over the summer of 2019 for $7.55 million and a 6,300-square-foot house in the coveted Colfax Meadows neighborhood in Studio City took in 2020 for $4.6 million.

It is estimated that Rainbow has around $3.5 million net worth as of 2020. Talking about her husband’s net worth Kenya has an estimated net worth of $80 million as of 2021 throughout his successful career.

The 45 years old personality has well-maintained body physic. She has an impressive height of 5 feet 5 inches tall and weighs about 53 kg. She dyed her hair in blonde color. Further, she has black pair of eyes. She has a tattoo on her back.