Dr. Simone Whitmore is currently married. She is married to Cecil Whitmore. He is a longstanding employee of the Coca-Cola company and is now the Director of Enabling Functions.

The couple met while at Spelman College. They have been married for over two decades but have not revealed the exact date they exchanged wedding vows. They have been blessed with two sons, Miles and Michael.

They aren’t just partners in real life but also own a business together. Together, they have partnered in a new application start-up company called KIDZ FORCE.

However, their marriage has not been easy. It has been full of ups and downs but they have coped with their setbacks. In January 2018, she announced that they were getting divorced which shocked the fans.

However, after a few months, they decided to give the marriage another try and have been together happily since then. 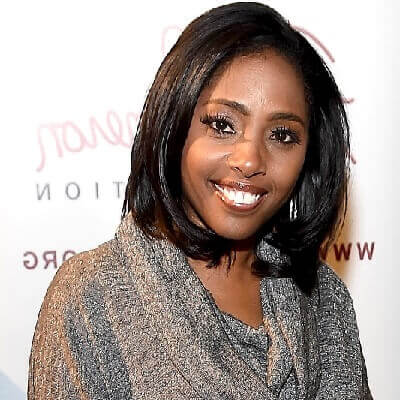 Who is Dr. Simone Whitmore?

The owner of North Perimeter OB/GYN and a speaker for women’s leadership and health issues, she is famous as part of the main cast of the reality TV series, ‘Married To Medicine’.

There is very little information about her childhood and family background as he has spoken very few times about her family. Her father, Frank T. Baxter died in 2016 at the age of 70. She has not revealed the name of her mother.

Whitmore spent her childhood days in Nashville and her ethnicity is African-American.

Talking about her educational background, she earned a bachelor’s degree in biology from Spelman College.

After that, she received her doctorate in medicine from East Tennessee State University. Following her doctorate, she completed her residency at Boston Medical Center/Boston University.

Dr. Simone Shitmore is best known as an American reality television star. She is a part of the main cast of ‘Married to Medicine’ which first aired on March 24, 2013.

It follows the lives of seven women in the Atlanta medical community. Four of them are doctors themselves, while the other members are doctors’ wives.

Whitmore is one of the only four members who have been in the main cast from the first season. The other three include Dr. Jackie Walters, Toya Bush-Harris, and Quad Webb-Lunceford.

So far, seven seasons of the show have aired. The seventh season premiered on September 8, 2019.

However, reality TV is not the only field where she has a successful career. She is one of the most sought-after speakers on women’s health issues and leadership. In 199, she was Board Certified as an Obstetrician-Gynecologist.

Currently, she is an individual practitioner and in 2004, she became the owner of the North Perimeter OBGYN.

Dr Whitmore has black hair and a pair of brown eyes. She has not revealed her height, weight, and other body measurements.

However, she seems to have decent height and weight with attractive body measurements.

Dr. Simone Whitmore has an estimated net worth of around $3.5 million as of 2022.

She has accumulated such a huge amount as a successful doctor, reality TV star, and businesswoman.

Whitmore has an estimated annual salary of around $280k.

Whitmore has not been involved in controversy so far. She has been able to keep herself away from any type of controversy and scandal.

So far, she has not done anything controversial in her career. She has kept her profile clean and has simply focused on her career and personal life.

You may also like to read the Bio, Career, Net Worth, Relationships, and more about Shannon Beador, Asifa Mirza, Jase Robertson, and more.